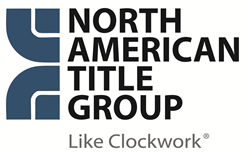 Louis Zona brings an unusual breadth of experience in finance and operations that will be of great benefit to us as we continue to grow our operations through strategic acquisitions.

North American Title Group, LLC (NATG) has named Louis Zona to the newly created position of director of financial operations. In addition to handling much of the due diligence for new and potential acquisitions, Zona will assist corporate management with maximizing financial performance and furthering operational efficiencies.

“Louis brings an unusual breadth of experience in finance and operations that will be of great benefit to us as we continue to grow our operations through strategic acquisitions,” said Tom Fischer, president and CEO of NATG. “Having his perceptive eye and keen insight focused on each of these projects will ensure that we are not only making the most advantageous decisions for NATG, but that we are paving the way operationally for an effective integration.”

Most recently, Zona served as vice president, financial planning and analysis/agency support for PGP Title in Dallas, Texas. In that position, he helped to set financial goals as well as strategic direction for PulteGroup's title, underwriting and insurance divisions, in addition to being responsible for the company's title production and the centralized operational functions of the organization. Prior to that, he served for nearly a decade in several positions of increasing responsibility for Centex Financial Services, including consolidating and restructuring the financial and analytical functions for the mortgage, title and insurance operations.

“In my career, I have touched nearly every aspect of finance and operations for title companies, including back office support,” Zona said. “Having seen the process from soup to nuts gives me an all-encompassing perspective when conducting due diligence on a potential acquisition so I can better assess the strengths and weaknesses. I hope to use these same skills in assisting the talented team at NATG meet our internal operational and financial goals as well.”

About North American Title
With well over 1,200 associates and a vast network of branches from coast to coast, North American Title Group, LLC (NATG) is among the largest real estate settlement service providers in the United States. Consisting of both agent and underwriter operations, NATG reported annual gross revenues in fiscal 2016 of $360.2 million. The company also has the resources and stability of being a wholly owned subsidiary of an S&P 500 company with over $15.3 billion in assets as of its fiscal year ended November 30, 2016. North American Title’s agency network operates nationally under the name North American Title Co. and similar names (NATC) in 18 states: Arizona, California, Colorado, Delaware, Florida, Illinois, Indiana, Maryland, Minnesota, Nevada, New Jersey, New York, North Carolina, Pennsylvania, South Carolina, Texas, Utah and Virginia, in addition to the District of Columbia. Through our relationship with our expanding affiliate network, NATC provides real estate settlement services in all 50 states. NATG is headquartered in Miami, Florida. To learn more, visit http://www.nat.com.

Understanding the Role of Bankruptcy in Asset Protection Planning

July 2, 2018 myadminsite Law Comments Off on Understanding the Role of Bankruptcy in Asset Protection Planning

Uptrust logo “When most defendants miss court it is because they never received the reminder or forgot, not because they are fleeing,” said Jacob Sills, founder of Uptrust. WOODLAND, Calif. (PRWEB) September 05, 2018 Uptrust, […]