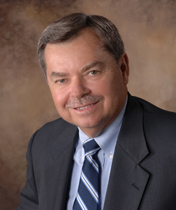 Under Florida’s “stand your ground” statutes, if a person is being attacked, they are under no legal obligation to walk away,

Florida was the first state to introduce a “stand your ground” self-defense law in 2005, which allows people to stand their ground instead of retreating if they have reason to believe that doing so will prevent death or great bodily harm. Other states followed, introducing laws that affirm one’s right to defend themselves.

“Under Florida’s “stand your ground” statutes, if a person is being attacked, they are under no legal obligation to walk away,” said criminal defense attorney Paul A. Meissner, Jr., co-founder of Carlson, Meissner, Hart & Hayslett, P.A. “Florida’s laws specifically state that the person being threatened – even if it is in a public place – does not have to retreat before using deadly force.”

Traditional self-defense laws specify that if an individual is under attack or is in the act of defending another person, that individual is required to behave in a reasonable manner, retreating if possible and only exercising the amount of force necessary to ward off the attacker. Under this premise, a person who is defending themselves cannot use more force than the aggressor.

“Every state has its own laws regarding self-defense, with varying interpretations of one’s right to defend themselves,” continued attorney Meissner. “More than half the states in the country have adopted some version of a “stand your ground” defense, typically limiting this defense to specified locations, such as a home or office. Other states have traditional self-defense statutes which state that if an individual can safely walk away and avoid the risk of harm, then deadly force should not be used. Under these statutes, if walking away is not viable because, for example, that person is being physically restrained, then deadly force used in self-defense is authorized. Florida’s “stand your ground” law has no limits in terms of where the law applies – it is valid in private or in a public place – and it is not limited to particular situations.”

October 17, 2018 myadminsite Law Comments Off on Ideal Tax Solution Is Informing Taxpayers That The IRS Can No Longer…

Ideal Tax Solution With the change to how tax liens are reported, Americans with past tax issues may be able to finally apply for a home loan, auto loan, or credit card. Previously, tax liens […]

The Story Behind the Johndrow Vs. Wines ‘Til Sold Out Lawsuit

May 9, 2019 myadminsite Law Comments Off on The Story Behind the Johndrow Vs. Wines ‘Til Sold Out Lawsuit