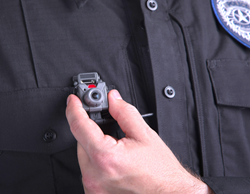 They understand the operational and evidentiary benefit of having the two systems tightly integrated.

WatchGuard Video, the leading provider of mobile video solutions for law enforcement has been listed among the fastest-growing private companies in America for the fourth consecutive year by Inc. Magazine.

“With over 6 million private companies fueling the United States economy every day, it’s certainly rewarding to be listed in the top 5000 by one of the most prestigious rankings of the nation’s fastest-growing private companies,” said Robert Vanman, founder and CEO of WatchGuard. “However, being ranked four years in a row is truly an extraordinary accomplishment.”

According to Inc., over the tens of thousands of companies that have applied to the Inc. 5000 over the years, few have made the list more than once, with a mere one in six getting on the list four times.

“A key driver to our growth continues to be our fully integrated and synchronized in-car and body-worn camera system,” explained Vanman. “We’re meeting lots of new customers who are willing to fund the replacement of their existing standalone in-car or body-worn camera system in favor of a WatchGuard integrated system because they understand the operational and evidentiary benefit of having the two systems tightly integrated.”

The integrated system enables the WatchGuard 4RE® HD Panoramic in-car system and one or more VISTA® WiFi body-worn cameras to work together seamlessly as a single system, capturing synchronized video of an incident from multiple vantage points. When any camera in the integrated system initiates a recording, the other cameras automatically sense a change in status and begin recording based on a pre-set evaluation criterion. In-car and body camera recordings can be viewed simultaneously during playback, hearing audio from the body camera while viewing the overall third-person perspective from the in-car camera.

WatchGuard is the leading provider of mobile video solutions for law enforcement. Our products include in-car video systems and body-worn cameras along with evidence management software. Our solutions increase transparency and accountability, improve trust between law enforcement agencies and the communities they serve, reduce agency liability and advance the judicial process. We have supplied our products to approximately one-third of all law enforcement agencies in the United States and Canada.

RESTON, Va. (PRWEB) March 20, 2019 Noblis, a leading provider of science, technology, and strategy services, is pleased to announce that Rick Harrison has been named president of the company’s wholly-owned subsidiary, Noblis ESI. As […]

New areas usually have their set of problems with respect to gaining momentum and earning the trust of individuals within the area. However, Attorney Kotik believes that a few good wins usually help with that […]