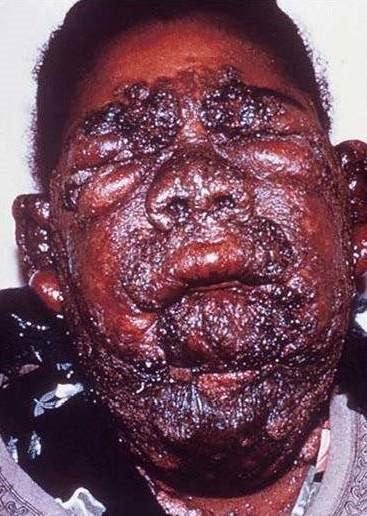 Washington, DC (Law Firm Newswire) July 5, 2019 - 117 prisoners appealed to the US Supreme Court on Friday in an action challenging California’s failure to move them out of harm’s way during a 2004-2014 valley fever epidemic in Central California. The disease ravaged the population in two facilities, Pleasant Valley State Prison and Avenal State Prison. The lead defendant in the action is former Governor Arnold Schwarzenegger. His administration did nothing.

In cases that are not fatal, it causes a continuum of adverse health complications starting with impediments to breathing (such as choking, coughing blood and feelings of suffocation), skin lesions, erosion of bones and joints, blindness, and colonization of other organs particularly in the spine and brain. Death is usually by some form of meningitis.

During the epidemic, contraction rates spiked to 600 times the danger level experienced in the rest of the state. These risks were consistently 10-50 times higher than the surrounding geographical area, known as the “hyperendemic zone,” which was already itself 10 times more dangerous than other areas of the state.

Nevertheless, Governor Schwarzenegger’s administration did nothing, affirmatively ignoring the recommendations of its own health experts. As a result, over the course of 10 years, the disease infected thousands of people. Today, the plaintiff pool reports mass health devastation.

Half of the infected inmates have been released and are now private American citizens. These former prisoners have families and otherwise lead a reformed life. They paid their debt to society. But they are saddled for life with management, hospitalizations, medication side effects, and other complications. The state incurred a debt to them and it has not been paid.

Prisoner lawsuits began in 2007 in federal court in Fresno, California. The US Supreme Court’s 1993 decision in Helling v. McKinney, 509 U.S. 25, 33-34 clearly requires officials to protect prisoners from diseases, or upon such failure, to compensate them for the resulting medical expenses and misery. The epidemic here represents a textbook case of cruel and unusual punishment in violation of the Eighth Amendment.

As a result of their inaction, approximately $100 million of taxpayer money was wasted in treating valley fever cases that could have been prevented. California prison management has repeatedly been cited by the courts for its failure to run a safe and efficient operation, especially in the area of prisoner over-crowding and medical care. The medical system was placed under receivership in 2005 and remains so today.

During World War II, US authorities holding captured German soldiers in Arizona agreed to move them out of harm’s way from the risk of valley fever. At the same time, in 1940, a Stanford scientist published criteria and other safety rules to minimize the disease’s epidemic impact.

Yet, Schwarzenegger’s administration has successfully argued in this case that its officials did not know that valley fever presented a risk that required it to do anything. Numerous formal warnings, medical alerts, inmate protests, and expert recommendations given to officials from 2004-2007 – and standard common decency – counseled them to implement a battery of precautions, including moving at-risk prisoners out of the Central Valley prisons.

However, as a political matter, all that could be accomplished at the time was for California’s prison construction industry to not build any more beds in the hyperendemic zone. The national mass incarceration effort was still in effect.

Even in spite of direct warnings to Governor Schwarzenegger, he held a press conference in September, 2007 announcing that despite the pending and ongoing epidemic, the state would “go ahead and build.” Schwarzenegger was later quietly overruled, but nothing was done about the prisoners already in harm’s way.

In response to their subsequent lawsuits, California has insisted that without prior specific instructions relating to valley fever from the courts, and despite all the warnings, Schwarzenegger and his officials were entitled to stand idly by and watch the epidemic play out, with the most severe consequences landing on African-Americans.

Their argument is founded in a legal doctrine called “qualified immunity,” which means in practical effect total unaccountability. The plaintiffs’ case was dismissed on this basis without any discovery, without a jury, and without a trial. In any other context, epidemic danger as depicted in the photo above, in which a business, government or other institution subjects a population to dramatically-elevated health risk, would require a trial and undoubtedly result in liability.

In 2012, Cal-Trans ignored a valley fever risk for workers on a Kern County highway project. A jury returned a verdict for four of the victims in the total amount of $12M, or $3M each.

Given the magnitude of Schwarzenegger’s mistakes, the current California government structure is looking to find any loophole to avoid a jury and to avert responsibility for the quantum of harm and personal human wreckage the 2007 administration inflicted on the prison population.

According to their legal position, Schwarzenegger and his officials are entitled to qualified immunity because no court case previously informed them of exactly what to do about valley fever. Yet the Supreme Court had published Helling v McKinney in 1993, directing government officials to take reasonable measures to protect prisoners from significant diseases. The government works around Helling by claiming it was not specific enough.

This is akin to the state arguing that while it was notified as a traffic matter to avoid oncoming cars, it was not specifically warned to avoid oncoming Toyotas. Ergo, it should be held unaccountable for the head-on collision it caused with the inmates’ Camry.

It is a rocky contention at best, but one that has been validated by the Ninth Circuit to date and one that will probably not be corrected because of the Supreme Court’s impossibly busy docket. It only has the capacity to accept 1 percent of the cases presented to it.

For plaintiffs like Theodore Parker, it’s hard news to hear. Serving time in Pleasant Valley in 2010 for theft of a cell phone, he watched as other inmates became seriously ill. He pleaded with authorities to move him out. Those protests were met with pressure on him to abandon the grievance.

Soon he became infected as well, formally diagnosed in 2012 and released in June, 2014. Since then, he, his wife and his daughter have left California for a less controversial life in Portland. His youthful indiscretions are behind him, but he still lives with the disease. Last year alone, he was sick for eight months straight, coughing uncontrollably. Despite the prospect of a lifetime of complications, “the worst part of it was the psychological stress when they refused to move me.”

Despite the continuing challenges with the case, he and the other plaintiffs are resolute. Most filed their petition to the High Court on June 24, 2019 (Case No 18-1590), and if that fails, some like Parker can litigate their own round of appeals back at the 9th Circuit next year. Barring a change of heart by the Ninth Circuit, a second petition to the US Supreme Court will be filed in 2022, lasting another year or two.

If there is no luck in the American courts, the prisoners intend to press their case against Schwarzenegger and California prison officials in the United Nations, through approximately 2026. The argument there is that his administration committed acts of cruelty in violation of Article 5 of the UN’s Universal Declaration of Human Rights.

In summary, litigation over valley fever was initiated by prisoners twelve years ago, in 2007. By the time all of the victims are completely out of options it will be roughly 2026, or 19 years later.

For American businesses, governmental authorities and other institutions, the message is this. Upon detection of a risk of valley fever, or initiation of any outdoor industry in the hyperendemic zone of California and Arizona, the maximum number of precautions, including exclusion of high-risk persons and environmental suppression, should be implemented immediately and aggressively.

If farm workers, construction personnel, truck drivers, wards, or any other subordinates under a business or institution’s care get infected, the best case scenario is a lawsuit and possibly spend two decades in court, while the worst case scenario is that a lawsuit, and after five years in court, pay $3,000,000 per victim.

May 17, 2019 myadminsite Law Guide Comments Off on Tom Ajamie Appears on MSNBC’s Velshi and Rule

Houston, TX (Law Firm Newswire) May 17, 2019 – In a spirited discussion on MSNBC’s Velshi & Ruhle program on May 15, 2019, Tom Ajamie discussed how President Trump’s tweets drive the financial markets and […]

“Ernest’s dedication to serving the public and giving back to our Atlanta community has been the catalyst for change across our city,” said Managing Shareholder of the Atlanta office, Theodore I. Blum. ATLANTA (PRWEB) October […]