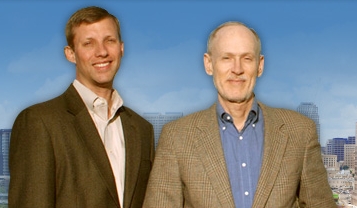 “The man who chose to drive while under the influence of 23 glasses of alcohol had a blood-alcohol content of three times the legal limit when he was arrested at the scene of this accident,” said Austin injury lawyer Brooks Schuelke, with Perlmutter & Schuelke, L.L.P. “The toddler who survived the accident will never be the same again. He suffered severe traumatic brain injury and now requires around-the-clock care.”

The family involved in this crash were rammed by another vehicle, driven by a man who had consumed 23 drinks in less than two hours at a local Applebee's restaurant in Mansfield, Texas. There were four people in the van, all seriously harmed. However, the family's 2-year-old was severely injured, sustaining traumatic brain injury (TBI).

The toddler's family filed an injury lawsuit, naming the driver of the vehicle that hit them and the restaurant as defendants. “At trial, the plaintiff alleged that the man had seemingly been binge drinking for two hours, downing one drink after another, until he rose to leave. A receipt for the drinks was produced as evidence,” outlined Schuelke. Further evidence presented indicated the man had six prior convictions for drunk driving in two other states.

This case was settled out of court for an amount that would help the family care for their child for the rest of his life and included compensation for emotional trauma, medical expenses, mental anguish and lost wages for the parents. Both defendants would bear the costs of the settlement.

“In cases such as this, a restaurant that serves someone that much alcohol in such a short period of time must be held responsible for the negligence of letting someone in such an inebriated condition leave their establishment and get behind the wheel of a vehicle,” said Schuelke. Drinking and driving do not mix. In this case, a whole family paid the price for the decision of one person to keep drinking beyond all common sense. The 2-year-old toddler paid the highest price, as his life will never be what it could have been, but for a man who drank 23 alcoholic beverages in under two hours.