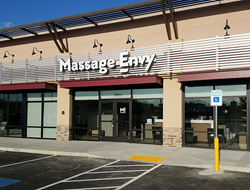 With a petition (case CJ-2018-04177) filed last week in Tulsa County District Court, the Tulsa, Oklahoma law firm of Graves McLain PLLC joins a series of lawsuits filed in states around the country against Massage Envy that seek to stop a nation-wide epidemic of sexual assaults occurring at Massage Envy locations by Massage Envy’s massage therapists.

This lawsuit alleges that the company's corporate policies and practices are designed to conceal claims of sexual misconduct by their therapists in order to protect their own financial interests.

Massage Envy is a national franchisor of massage therapy establishments based in Scottsdale, Arizona. The local Tulsa franchises are owned by for-profit Provident Pace, LLC. Massage Envy operates over 800 locations in 45 states, serving more than 1.25 million customers. In what has been described on page 3 of the petition as an "epidemic of national scale," there have been a series of more than 180 allegations of sexual assault against Massage Envy therapists nationwide. Multiple civil lawsuits have followed. The civil claims filed against Massage Envy have included claims from breach of contract to civil assault and battery.

Page 9 of the petition filed this week alleges that the plaintiff was sexually assaulted during her October 2017 massage session at Massage Envy of Tulsa Hills in Tulsa, Oklahoma by a licensed therapist employed by the company. The plaintiff was a member at Massage Envy of Tulsa Hills for approximately five years leading up to the time of the assault. Multiple attempts were made to report the assault to franchise management. Management’s response was to advise the plaintiff that the accused therapist was no longer employed by Massage Envy and offered her a discount as a remedy.

Customers who have complained are alleged to have been directed to a private room where the franchise actively avoided admission of wrongdoing, made no promises of any action beyond an internal investigation and then forwarded the complaint to the company's corporate office.

In response to civil claims, Massage Envy has hired a consortium of academics and industry experts in workplace safety issues, including sexual assault and battery. They have also touted the establishment of a board charged to develop new policies and procedures as a solution.

Brian Kent of the Philadelphia law firm Laffey, Bucci, and Kent LLP has been brought in as co-counsel with Graves McLain on this case. Kent, who has brought similar filings against Massage Envy in California, Florida, and New Jersey, stresses the duty of Massage Envy to provide a premises free of the hazards of sexual abuse.

Although this lawsuit is being brought on behalf of one woman who was sexually assaulted at the hands of a Massage Envy massage therapist, other victims are out there. Survivors of assaults at the hands of Massage Envy therapists, as well as the legal community in Tulsa and throughout the country implore other women who have suffered similar assaults or exploitation at Massage Envy to come forward to help hold this company accountable and help put an end to this needless cycle of victimization.

For more information and to schedule an interview please contact:

NEW YORK (PRWEB) October 10, 2018 Morrison & Foerster, a leading global law firm, is pleased to announce that John T. Owen has joined the firm in the New York office as a partner in […]

“More Georgians are looking for state legislators to hold election officials accountable and ensure they carry out all of their jobs’ legally required duties, and Senate Bill 202 will do just that,” said Katie Rodgers, […]

Bureau of Automotive Repair Citation We understand the attraction of DIY projects, but fighting for the life of your business in court should not be one of them. SAN FRANCISCO (PRWEB) December 12, 2019 Automotive […]