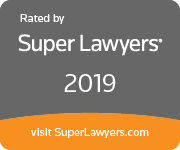 Michael J. Davey is a litigation associate at Eckell Sparks and heads the firm’s Employment Law & Discrimination department. Mr. Davey has been recognized as a Rising Star since 2012. He currently serves on the Board of Directors for the Delaware County Bar Association. Mr. Davey attended The Pennsylvania State University Dickinson School of Law, where he received his J.D. degree and was a member of the award-winning National Moot Court Trial Team.

Guy F. Matthews has been recognized by Super Lawyers since 2009. After receiving his J.D. degree from Temple University School of Law and Master of Laws in Taxation from Villanova University, he joined Eckell Sparks in 1989. He focuses on counseling clients in business, estate, and financial planning matters. Mr. Matthews is responsible for developing and hosting extensive seminars and speaking engagements for both public and professional organizations, where he discusses the details surrounding various estate planning matters.

Jonathan E. Becker has been honored by Super Lawyers since 2011. His specialty is estate planning, complex trust and tax issues, and estate and trust administration. Since 2012, he served as Senior Trust Counsel at Commonwealth Trust Company in Delaware. Mr. Becker was also previously recognized as a Top Attorney in Pennsylvania for Estate Planning and Probate by Philadelphia Magazine.

This is the first year that Christopher M. Brown has been named a Rising Star. Mr. Brown earned his J.D. from Widener University School of Law in 2011. He is a member of the Pennsylvania Bar Association and is admitted to practice before the Pennsylvania Trial and Appellate Courts and the United States District Court for the Eastern District of Pennsylvania. In 2018, he was selected as one of Main Line Today’s Top Lawyers for Trusts & Wills.

Joseph E. Lastowka, Jr. has been recognized by Super Lawyers since 2008. Throughout the course of his career, he has prepared more than 6,500 will and trust documents and has provided counsel for more than 1,300 estates or trusts. He has served as Chair for the Delaware County Orphans’ Court Rules Committee and the Delaware County Orphans’ Court Education Committee. In addition, Mr. Lastowka received national recognition after being the driving force behind a court’s decision to mandate the IRS pay a taxpayer’s legal fees.

David E. Auerbach has been honored as a Super Lawyer each year since 2004. He has been practicing law since 1963 and officially merged his firm with Eckell Sparks in 1971. He currently heads the Family Law Department. Mr. Auerbach has handled thousands of family law cases and frequently presents lectures on a wide variety of family law matters throughout Pennsylvania.

This is the first year that Melanie E. Tunaitis has been named a Rising Star. After receiving her J.D. degree from Widener University School of Law, she joined Eckell Sparks as an associate in the Family Law Department in 2018. Her dedication and tenacity to excel in both her academic and professional endeavors make Melanie the ideal addition to Eckell Sparks.

AACFL Los Angeles Divorce Attorneys Protecting their Clients from a…

May 3, 2021 myadminsite Law Comments Off on AACFL Los Angeles Divorce Attorneys Protecting their Clients from a…

The Los Angeles chapter of the AACFL is an organization of elite attorneys dedicated to excellence in the financial aspects of litigation. LOS ANGELES (PRWEB) May 03, 2021 The CFL” designation has taken Los Angeles […]

“TDS CAN MIGRATE DATA FROM YOUR FORMER ARCHIVE INTO THE CLOUD OR ON-PREMISE RECORDER. WE HAVE THE REQUIRED SKILLS, KNOWLEDGE, AND EXPERTISE TO ENABLE A SMOOTH, DOCUMENTED, AND PRODUCTIVE TRANSITION FROM ONE SYSTEM TO THE […]