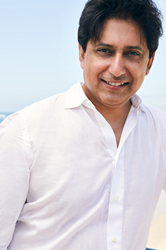 Dr. Srini Pillay is a Harvard psychiatrist, former brain researcher and author of “Tinker Dabble Doodle Try: Unlock the Power of the Unfocused Mind.” He is also an entrepreneur and an assistant professor at Harvard University, where he has spent a large chunk of his career subverting ideas on creativity and the processes behind human thinking. Now, he poses questions on the mental well-being of jurors in the infamous “El Chapo” case.

“The psychological challenges that jurors face are well-known. They range from depression to anxiety and even post-traumatic stress disorder,” explains Dr. Pillay, “After hearing testimony about live burials and other horrendous acts, (many of them sexual) who could expect otherwise?”

The facts check out. For trials as long and intense as the “El Chapo” trial, 86-96 percent of people have reported feeling stressed, “numb and detached” and “tense.” The stress comes from worrying, having to concentrate, tolerating monotony, and making decisions.

While many of these symptoms may strike one as “all in a day’s work”, when the jury makes decisions in the ‘El Chapo’ case, there is one big concern that will impact decision-making: the ego-depletion effect. Formally known as self-regulation depletion (SRD), this phenomenon refers to brains that “switch off” when there is too much emotion to process or when a situation demands too much attention. After hearing 200 hours of testimony, emotional fatigue and distorted thinking is to be expected.

“It is a well-known fact that the “anxiety” and “thinking” circuits in the brain interact. Anxiety makes the brain over-focus on threat and biases how we make decisions,” continues Dr. Pillay, “and when the jurors worry excessively, they will be less likely to tolerate risk as well. In the “El Chapo” case, juror anxiety will be high. Freezing, fleeing, or even avoiding making a decision is to be expected. No wonder the first day of jury deliberations ended in no verdict.”

The effects of SRD can undoubtedly impact how the jurors make decisions. SRD affects the brain so that it makes people more impulsive and emotionally reactive. It can also make people more dishonest, selfish, regretful and conflicted. It can impair how decisions are made as well. This is in part because SRD disrupts memory. Perhaps most concerning in this context, is that SRD increases unethical behavior and one study demonstrated that it even makes people less helpful. All of this research demonstrates that a person’s brain can only take so much focus.

“Consider the actual consequences of these cognitive deficits in the “El Chapo’ case: glossed over or partially remembered evidence, reactive sentencing, and at some point, not caring less about the consequences of a decision,” elaborates Dr. Pillay, “This will not happen because the jurors are incapable, but because the process of the hearing is inhuman.”

Given that many of these problems will be unavoidable in the ‘El Chapo’ case, how should courts deal with these very troubling biological realities? Providing limited counseling sessions after the jury has made a decision will not address these concerns. Where legal decisions have significant consequences, brain breaks are essential if one is to expect the jury to have any semblance of credibility. “For example, 5-15 minutes of napping can provide 1-3 hours of clarity,” explains Dr. Pillay, “whereas judges are known for reprimanding jurors who nap, what if naps were deliberately built into the decision-process? It might seem like this would delay making a decision, but it could actually speed things up.”

Also, while listening to evidence, a judge might consider jurors doodling to be a sign of inattention, but in 2009, Jackie Andrade and her colleagues found that doodling improved memory by 29 percent. In fact, 26 of 44 American Presidents were known doodlers.

“We live in a world obsessed by focus. And we erroneously believe that continuous focus will help us gather more data and interpret that data more effectively too,” concludes Dr. Pillay, “Yet, after three months of deliberation on the case, it would be inhuman to expect jurors to think clearly. As frivolous as brain breaks may sound, they will significantly ameliorate the disastrous consequences of SRD. And a fair and just trial for ‘El Chapo’ will be much more likely too.”

AUSTIN, Texas (PRWEB) January 27, 2021 Local attorney Jason Katims is offering Austin-area residents speeding ticket consultations to determine whether they should fight their case in court. One of Katims’ practice areas is representing clients […]

May 29, 2019 myadminsite Law Comments Off on Law Office of Shane R. Kadlec Has New Houston Address and Updated…

Shane R. Kadlec Given our growing practice, having a bigger office that’s along the Katy Freeway gives us a better place to interact with our clients and address their needs. Plus, all the new developments […]