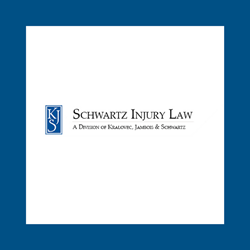 Attorney Allen N. Schwartz is proud to announce the opening of Schwartz Injury Law, a division of Kralovec, Jambois & Schwartz.

Attorney Allen N. Schwartz is proud to announce the opening of Schwartz Injury Law, a division of Kralovec, Jambois & Schwartz. The full-service personal injury law firm is located at 14496 John Humphrey Drive in Orland Park, Illinois. Mr. Schwartz has taken over the results-oriented practice from Attorney John Fotopoulos, who was recently appointed to the bench in Cook County. Prospective clients can schedule a free consultation with one the accomplished attorneys at the firm by calling 708-226-9000 or by visiting schwartzinjurylaw.com.

Allen N. Schwartz began practicing law in 1984 and became a co-owner of Kralovec, Jambois & Schwartz in 1990. Since then, he and his associates have developed a reputation as successful personal injury attorneys who obtain favorable settlements and verdicts for their clients. Mr. Schwartz is joined at the firm by 17 outstanding personal injury lawyers with vast experience in a variety of areas, including:

These attorneys, along with the rest of the team at Schwartz Injury Law have skillfully obtained a large number of verdicts and settlements for clients in excess of one million dollars. A few examples include:

In addition to the opening of Schwartz Injury Law in Orland Park, the firm also has an office in Glen Ellyn and Allen Schwartz remains a co-owner of Kralovec, Jambois & Schwartz, a personal injury law firm with offices in Chicago.

“We understand that we can’t allow the pandemic to halt the day-to-day functioning of government. But we also think it’s important to provide an outlet for people to log instances in which the spirit of […]