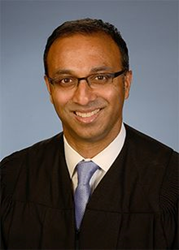 "The court therefore finds that Plaintiffs have succeeded in showing the inadequacy of the Board’s subject-matter disclosures.” --Judge Mehta

According to the lawsuit complaint, the Board allegedly violated the Federal Sunshine Act (the U.S. Government's open meetings law) 5 U.S.C. § 552b, by holding an unnoticed, unlawful September 14, 2017 Board meeting. During that meeting, the Board postponed the annual UCR truck registration open date set by the "UCR Agreement," an interstate compact among 41 participating states, from October 1, 2017 to November 1, 2017 to allow time for Federal Motor Carrier Safety Administration ("FMCSA") rulemaking, which was published in the Federal Register on September 21, 2017 under Docket No. FMCSA-2017-0118, shortening the amount of time the industry had to comply with the Federal UCR law from 90 to 60 days. SBTC argued this caused industry confusion at the 11th hour and as a result, was likely to cause many motor carriers to fail to comply and be fined up to $1,100 per day in certain jurisdictions. This scenario repeated itself last Fall causing further chaos, with the UCR period being delayed until December 28, 2018.

Court records show that plaintiffs thereafter expanded their complaint to show multiple instances of widespread violation of the Sunshine Act by the UCR Board, dating back more than ten years to the Board's inception in 2007.

"Plaintiffs take the Board to task for not providing adequate descriptions of the 'subject matter' of upcoming meetings, as required by both the 'public announcement' and Federal Register provisions of the Sunshine Act. 5 U.S.C. § 552b(e)(1), (3). Plaintiffs have shown that, for every one of its meetings, the Board submitted the same boilerplate to the Federal Register to describe the meeting’s subject matter: 'Matters to be Considered: The Unified Carrier Registration Plan Board of Directors (the Board) will continue its work in developing and implementing the Unified Carrier Registration Plan and Agreement and to that end, may consider matters properly before the Board...'”

“Once more, the Sunshine Act and case law are silent as to what the “subject matter” disclosure must contain. But, again, legislative history is informative. The same House report discussed above states that “[t]he subject-matter identification required by this subsection must be of a specific nature, e.g., the docket names or titles and numbers, rather than a general statement as to the generic subjects to be discussed.” House Rpt. at 15 (emphasis added). The Board’s boilerplate notices clearly fail to satisfy the “specific nature” standard.”

“The Board contends that, through its newly initiated online notices, it discloses an agenda for upcoming meetings, thereby complying with the Act’s subject-matter disclosure requirement. The agenda postings might satisfy the subject-matter notice required as a component of the mandated “public announcement.” But the Board does not contest that its Federal Register notices continue to contain the same boilerplate text. True, the Federal Register notice now directs the reader to the Board’s website for more information, but the Sunshine Act requires that the “specific nature” of the meeting be made available in the Federal Register itself. Identifying the URL of the Board’s website is no substitute. The court therefore finds that Plaintiffs have succeeded in showing the inadequacy of the Board’s subject-matter disclosures.”

Mehta also concluded: “the court noted that, '[a]ccording to Plaintiffs’ review of the public record . . ....with perhaps one exception, the UCR Board has never complied (since the Board was established in 2007) with the Sunshine Act’s public notice requirements with respect to subcommittee meetings'....the court finds that the Board has not complied with its Sunshine Act obligations as to subcommittee meetings.”

James Bopp, Jr. of The Bopp Law Firm, PC of Terre Haute, IN, lead attorney for the SBTC said:

“The Sunshine Act provides important protection to the public by requiring transparency when an agency conducts public business. Unfortunately, the UCR Board repeatedly committed gross violations of the Sunshine Act’s requirement. The judge’s ruling is an important step toward making the decisions of the UCR Board responsible to the public and the trucking industry.”

"Today’s victory sends a clear message to the UCR Board that they cannot take short cuts that short change the public’s right to know what will happen during UCR Board meetings. Moving forward, the activities of the Board and its sub-committees will be transparent in accordance with the public's right to participate in all aspects of this interstate agreement,” SBTC President Lamb said.

“The SBTC is ever on the look-out for government fraud, waste, mismanagement, and abuse. That includes private non-profit organizations like the UCR Plan charged with administering interstate agreements. It is the policy of the SBTC to expose all unlawful activities and improprieties by government agencies and private entities alike." Lamb added.

“Behind The Scenes” with Laurence Fishburne Analyzes Law School…

December 12, 2019 myadminsite Law Comments Off on “Behind The Scenes” with Laurence Fishburne Analyzes Law School…

“Behind The Scenes” with Laurence Fishburne will review in depth the application of this form of teaching applied to the learning of law students. MIAMI (PRWEB) December 12, 2019 “Boyz n The Hood” star Laurence […]

(PRWEB) October 21, 2017 Uplisting.com, an advisory firm which assists micro-cap companies in the implementation of a strategy to uplist to a senior exchange, announced today the launch of its website http://www.Uplisting.com. The website is […]