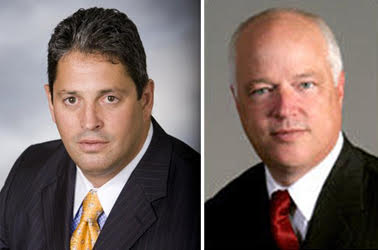 Broward County, FL (Law Firm Newswire) June 29, 2015 - During a compelling one day trial that occurred on June 15, 2015, justice was served by a jury of four women and two men when, after approximately twenty-five minutes of deliberation, they rendered a verdict awarding $844,566,000 to the family of Timothy Blaikie. Two years ago, Blaikie, then forty-nine-years-old, was struck and killed in a highway accident by a drunken driver, twenty-five-year-old Chris Morena-Vega.

On May 18, 2013, Chris Morena-Vega rear-ended with Timothy Blaikie, who was riding his scooter on South Federal Highway in Fort Lauderdale, Florida. Blaikie’s spine fractured on impact, killing him instantly.

Suzanne Blaikie and her eighteen-year-old son, Joey, were represented by attorneys Robert McKee and Mary Luz Rodriguez of The McKee Law Group, and David Brill and Joseph Rinaldi of Brill & Rinaldi, The Law Firm. The case involved counts filed against Morena-Vega, as well as Auto America, a Fort Lauderdale-based used car dealer, who owned and negligently entrusted the car that Moreno-Vega drove. The attorneys hoped to secure a monetary recovery for Suzanne and Joey, which at minimum, would compensate the family for the substantial financial loss of Tim’s significant yearly earnings.

Yet, a jury trial was still necessary to determine the amount of damages to which the family was entitled. That trial would cost the lawyers money to prosecute even though any compensation awarded from a verdict would ultimately never be paid.

The attorneys, nonetheless, never hesitated moving forward with the trial.

“We wanted to give Suzanne and Joey the chance to have a jury validate the depth of their grief with a dollar figure and send a message to the drunk driver and auto dealer,” stated David Brill, of Brill & Rinaldi, The Law Firm. “Neither party ever offered a response to the charges, let alone an apology for the death of this remarkable husband and father.”

With powerful testimony from Suzanne regarding her deep depression over the loss of her husband, and a heart-felt letter written by Joey, who nine days before Tim’s death had deployed to Afghanistan with the U.S. Marine Corps and considered Tim his hero, the jury swiftly delivered their verdict, and with it, provided the needed validation and a sense of closure.

In responding to the exceptional results for his clients, Brill said, “The amount of $844,566,000 is about four times more than I asked the jury in my closing to consider, but it is truly not about the dollar figure. It’s what the dollar figure represented: It was the jury’s way of saying Timothy Blaikie mattered; his loss will be felt profoundly by his family forever; and defendants ‘shame on you for compounding your wrongdoing with cowardice.’ ”

InventHelp Past News Releases RSS PITTSBURGH (PRWEB) October 20, 2017 An inventor from Conyers, Ga., once worked in law enforcement, so he knows the hassle of maintaining professionalism with written materials and making smooth arrests […]