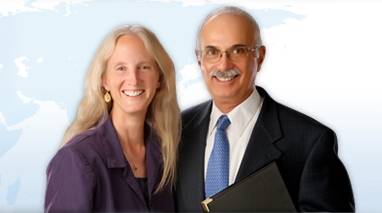 The amended October Visa Bulletin released by the State Department moved the cutoff dates for certain Indian and Chinese immigrants backward, limiting the number of foreign nationals in those categories to submit green card applications. For Indian applicants, the dates were pushed back two years, and for Chinese immigrants, the dates were moved back 16 months. The result is that these immigrants in the EB-2 category will have to wait longer to file green card applications. Several other backlogged categories were also affected.

The lawsuit, with 14 named plaintiffs and the potential for class members numbering in the thousands, alleges that the changes to the Visa Bulletin violates the Administrative Procedure Act and the due process rights of the plaintiffs.

“In 2007, a similar event occurred where DOS rolled back visa numbers after publication of its Visa Bulletin,” said Stewart Rabinowitz, a Dallas immigration attorney. “The threat of suit resulted in DOS reinstating the previously issued Visa Bulletin cutoff dates. Plaintiffs expect a similar outcome from this litigation.”

In addition to the change in cutoff dates for Indian and Chinese immigrants, the date for professional or skilled Filipino applicants — that is, those in the EB-3 category — were pushed back five years. Some family-based visa applications from Mexican immigrants were also affected.

The lawsuit, Chintan Mehta, et al. v. U.S. Department of State, et al., was filed in U.S. District Court for the Western District of Washington, Seattle. According to the complaint, the plaintiffs are highly skilled workers, including a research engineer from China and IT professionals from India, who spent significant sums of money preparing to submit green card applications in reliance upon policy statements issued by the State Department.

The plaintiffs sought a Temporary Restraining Order (TRO) and later a permanent injunction, blocking the amended October 2015 Visa Bulletin for taking effect. As of this writing, the court has denied the TRO and the case is proceeding.

This webinar explains three types of financing arrangements, what to consider before entering into them, and tips on how to negotiate them. CHICAGO (PRWEB) July 06, 2020 Purchase-order financing (P/O financing) is a type of […]

A living trust helps your estate avoid probate court, which can be a very time-consuming and lengthy process, and allows you to choose your beneficiaries. LOS ANGELES (PRWEB) May 21, 2019 Everybody, at some point […]