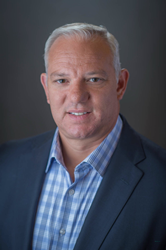 “Bryan understands government, law, and the hospitality business. As counsel to three mayors, he distinguished himself as a great lawyer in the complicated world of city government. We are privileged that he has joined us,” said Edward C. Wallace.

Global law firm Greenberg Traurig, LLP welcomes Bryan Grimaldi as of counsel in the firm’s New York office. Grimaldi moves to the firm from his more than decade-long post as chief operating officer and general counsel of NYC & Company, Inc., the destination marketing, tourism, and partnership agent of New York City. He is credited with leading the City’s big event practice including transactions for MLB All-Star Games, NFL Kickoff, various Super Bowl bids including the 2014 winning submission, Red Bull Air Race, FIFA World Cup Bids for 2018/2022 and winning 2026 Bid, WrestleMania 29 and 35, as well as Formula E. He also helped negotiate the return of the GRAMMY Awards to New York City.

Grimaldi, who served three New York City mayors, will counsel corporate clients, trade associations, destination marketing organizations, and public-private partnerships (P3), drawing on his understanding of policy issues and the regulatory schemes of cities, states, and the federal government to represent clients in policy initiatives, transactions, and government relations matters. He has multidisciplinary experience in negotiating convention and tourism deals as well as in the governance and structuring of destination marketing organizations and tourism bureaus.

“We have known and worked along-side Bryan for many years. He understands government, law, and the hospitality business. As counsel to three mayors, he distinguished himself as a great lawyer in the complicated world of city government. We are privileged that he has joined us,” said Edward C. Wallace, co-chairman of Greenberg Traurig’s New York office.

At NYC & Company, Inc., Grimaldi played a key role in the merger of three tourism entities to create the “one stop” NYC & Company, which grew from a modest convention and visitors bureau into what is regarded as a world-renowned, industry leading destination marketing organization, and a model for P3s both nationally and internationally.

“Bryan has a unique background partnering and working with businesses and state and local governments on hospitality, tourism, and marketing initiatives. His experience, reputation, and network will prove to be invaluable to our team and clients,” said John L. Mascialino, head of the New York Government Law & Policy Practice at Greenberg Traurig.

Under Grimaldi’s counsel, the not-for-profit, membership-based trade association provided marketing and advertising services to the City of New York through a five-year, $105MM contract. Grimaldi managed the city’s intellectual property and trademark portfolio, including the NYPD and FDNY brands; supervised trademark programs and intellectual property management; oversaw management of a trademark docket, including PTO filings and administration; and directed enforcement activities.

“Bryan’s experience adds depth to Greenberg Traurig’s local, state, and federal practice. We are excited that firm clients in our 10 overseas offices, in addition to those working with us locally and throughout the United States, will be able to tap into that experience,” said Harold N. Iselin, co-chair of the firm’s Government Law & Policy Practice.

From 1999 to 2004, Grimaldi served in a critical role as general counsel in the Mayor’s Office of International Affairs, where he provided legal counsel and support to city agencies and senior administration officials in dealings with the United Nations, foreign governments, diplomats, and federal agencies. He also served as a liaison to foreign governments, the U.S. Department of State, and federal law enforcement.

Throughout his career, Grimaldi has advised and represented the city in several significant transactions and policy initiatives, building a reputation as a go-to attorney for those navigating city government, not-for-profit management, and public-private partnerships. Grimaldi will draw upon his wide-ranging understanding of policy issues and the regulatory schemes of cities, states, and the federal government to represent clients in policy initiatives, transactions, and government relations matters.

“In my years working in and with the city government, I have often crossed paths with the highly-regarded Government Law & Policy Practice at Greenberg Traurig,” Grimaldi said. “I have long respected Ed, John, and their team, admiring the firm’s robust capabilities and global platform with a presence in key markets. I am looking forward to joining the team and adding to the expertise our government focused attorneys provide.”

Appointed by the Obama Administration to the National Advisory Committee on Travel & Tourism Infrastructure, Grimaldi also serves as a board member for the Javits Convention Center Development Corporation and sits on the Executive Committee of Destinations International. He received his J.D. from Benjamin N. Cardozo School of Law and his B.A. from New York University.

About Greenberg Traurig, LLP: Greenberg Traurig, LLP (GT) has approximately 2100 attorneys in 41 offices in the United States, Latin America, Europe, Asia, and the Middle East. GT has been recognized for its philanthropic giving, diversity, and innovation, and is consistently among the largest firms in the U.S. on the Law360 400 and among the Top 20 on the Am Law Global 100. Web: http://www.gtlaw.com Twitter: @GT_Law.

October 17, 2018 myadminsite Law Comments Off on Ideal Tax Solution Is Informing Taxpayers That The IRS Can No Longer…

Ideal Tax Solution With the change to how tax liens are reported, Americans with past tax issues may be able to finally apply for a home loan, auto loan, or credit card. Previously, tax liens […]