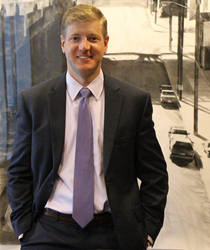 No man should ever die this way,” said Heller. “This was preventable. The family deserves the vindication from the jury’s verdict that what the hospital did was wrong.

On August 10, 2018, an Erie County jury comprised of five women and three men awarded a Sandusky family $300,000 in a medical malpractice and wrongful death lawsuit against Firelands Regional Medical Center. The case centered around the family’s father, Peter Porter, who was admitted to the Firelands hospital just four days prior to his death. The lawsuit alleged that the nurses at Firelands failed to adhere to the hospital’s medication administration policies and procedures. Over the course of several days, specifically November 11 and 12, 2015, the hospital’s nurses allegedly failed to timely provide medication to Peter Porter, who suffered from Parkinson's Disease.

Court documents showed that due to his swallowing difficulties, he was not able to handle all of the medication and he aspirated one of the medication capsules. Over the course of several hours, Mr. Porter’s body attempted to fight off the capsule, which became lodged in his trachea, or windpipe. Mr. Porter’s body was not able to dislodge the capsule and he ultimately died of asphyxiation (Case #238710 - Erie County Common Pleas Court).

"This was an absolutely horrible way to die," said Jeff Heller of the Nurenberg Paris law firm, who represented the family. "The hospital had appropriate and reasonable policies in place to prevent something like this from happening, the nurses just failed to follow them," said Heller.

Peter Porter's family testified at trial and described a hard-working man who missed five days of work in 30 years at the Lorain Ford plant in Lorain, Ohio. "My dad was an A-plus man," said Mr. Porter's son, James. "He said to always respect those around you and never take advantage of a man when he's down. He told me to '[a]lways pick people up.'"

Jeff Heller is a trial attorney for the Nurenberg Paris law firm in Cleveland, Ohio. Nurenberg Paris is celebrating its 90th Anniversary this year fighting for the rights of injured people.

Riverside, CA Law Firm Announces It will be Offering a $1,000 Autism…

March 21, 2019 myadminsite Law Comments Off on Riverside, CA Law Firm Announces It will be Offering a $1,000 Autism…

It is hoped that this will provide an incentive not only for the successful applicant, but also for all participants, to further their schooling and achieve their educational and related goals. RIVERSIDE, Calif. (PRWEB) March […]

Law Office of Richard J. Arendt has Launched a New Website for its Expansion

September 21, 2017 myadminsite Business Law Comments Off on Law Office of Richard J. Arendt has Launched a New Website for its Expansion

Richard J. Arendt, Esq. Chicago, IL (Law Firm Newswire) January 17, 2017 – The Law Office of Richard J. Arendt is pleased to announce we are expanding our law practice and have launched a new […]