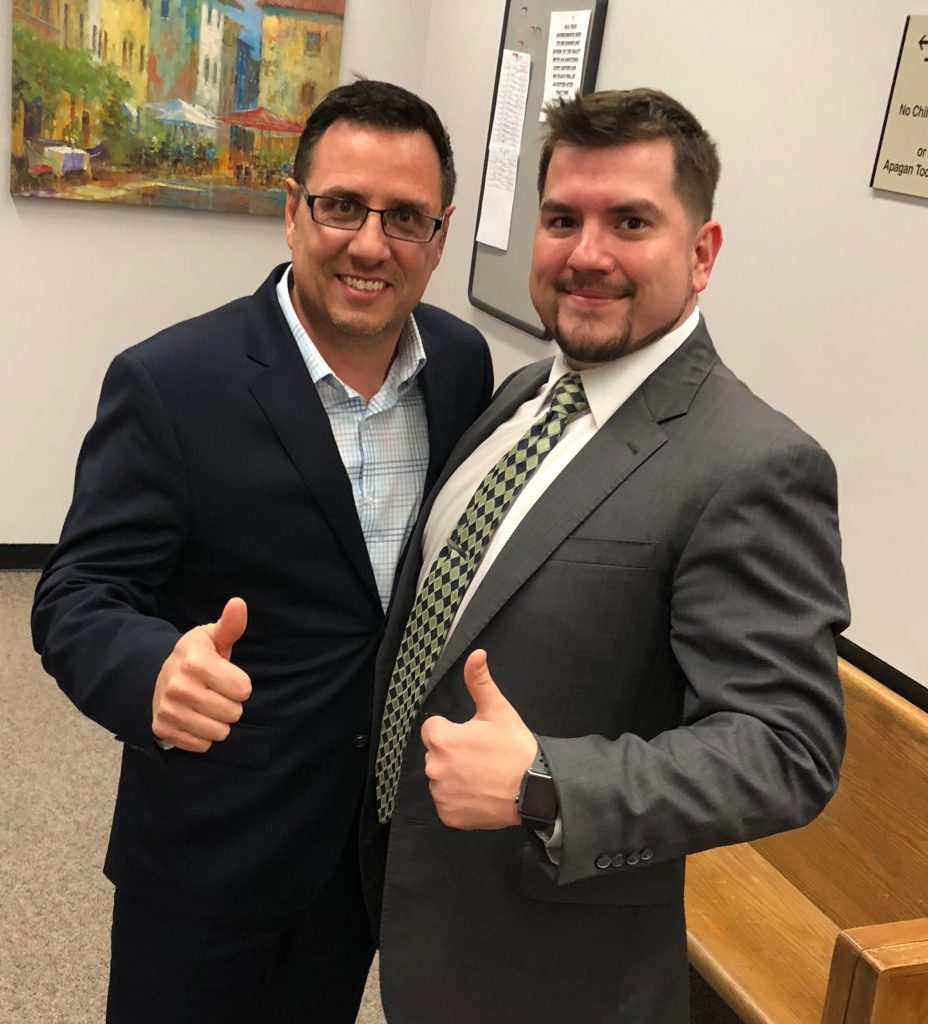 Indianapolis, IN (Law Firm Newswire) February 26, 2018 - After deliberating for less than 20 minutes, an Indianapolis jury found Michael Trosclair and Shari Tremba not guilty of all crimes charged. The Marion County Prosecutor's Office filed felony charges on June 19, 2017 alleging Michael & Shari were neglectful of their 7-month-old child and were intoxicated in public.

"After 263 days of silence and public shame, we are grateful for the verdict of 'not guilty.' This verdict contributes to our continued healing from the loss and emotional pain caused by this incident. We now look forward to expressing the true story of who we are and what happened," said Michael Trosclair and Shari Tremba.

The evidence, as presented in witness testimony, was that Michael Trosclair & Shari Tremba were in Indianapolis for a financial industry convention. They were accompanied by two caretakers charged with the care of their 7-month-old when the couple was networking with other convention attendees.

On the night of their arrest, the group had dinner, participated in convention activities, and took a walking tour of Indianapolis. While walking past a downtown bar, Michael Trosclair learned that a business partner was inside and went inside to say hello. The 7-month-old child was outside the bar with Shari Tremba and the two other adult caretakers.

While Shari was waiting outside with the 7-month-old child, a patron of the bar called 911 stating he had seen Shari being neglectful of the child. At trial, witness testimony contradicted the contents of the 911 call; the only thing that any person saw Shari do was consume one 10-ounce beer. The person who gave her this ten-ounce beer testified that he did so about ten minutes before the police arrived and at that time Shari Tremba was not intoxicated.

Once police arrived Shari was instructed to contact Michael to return to her location. It is undisputed that Shari became upset once officers told her the baby would be separated from her and taken to the hospital to be checked out. Once Michael arrived he too became upset about what had transpired in the short time he had been gone. Officers arrested Michael for public intoxication because of how he walked up to the scene citing his irregular gait and repeated "demands" to be allowed to take his family back to their hotel in an Uber. Shari was also arrested.

The Marion County Prosecutor's Office filed "level 6 felony neglect of a dependent" charges against both Michael Trosclair and Shari Tremba. A level 6 felony is punishable by up to two and a half years in jail. An additional charge of B Misdemeanor Public Intoxication, punishable by up to 180 days in jail, was also charged. After a two-day jury trial, the couple was completely cleared of any wrongdoing.

"I am so happy with the verdict in this case. And I want to thank Michael Trosclair for putting his faith in me and my law firm in representing him. When Michael hired me he told me he was going to fight this the entire way. And we did," stated attorney Marc Lopez of the Marc Lopez Law Firm.

About the Marc Lopez Law Firm