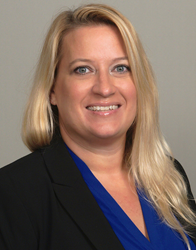 Heather’s tremendous experience will move NATIC into the next phase of its growth in Florida title production.

“Heather’s tremendous experience will move NATIC into the next phase of its growth in Florida title production,” said Valerie Jahn-Grandin, NATIC executive vice president and chief underwriting counsel. “She will help us expand our talented examination team, develop training and advancement plans, and make certain we are on the cutting edge of search and production tools."

“Across my career, Heather is one of the best examiners I have ever worked with,” added Jahn-Grandin. “She epitomizes customer service in the title production realm. NATIC agents will enjoy working with Heather and her expanding team.”

Tally most recently worked with Westcor as its Florida assistant state production manager, where she managed a team of over 40 title examiners. Previously, she worked for Attorneys Title Fund Services as a senior title examiner, and had experience as a title examiner for many years prior to that. Tally holds an associate degree in business administration from Pensacola Junior College.

“Beginning my career in an entry-level position and working in several areas throughout my tenure in the title industry has given me a unique perspective on improving efficiency, quality and the overall experience within a title plant,” said Tally. “I am pleased to join a company that is already well established, secure and respected, and where I can be part of its development and growth as well.”

NATIC is in Peer Group 1, which groups companies with total assets of greater than $100 million as determined by Kroll Bond Rating Agency Inc., and is ranked 6th by The Performance of the Title Insurance Underwriters© in terms of cash or cash equivalents. NATIC generated more than $230 million in agency premiums in 2016 and maintains a policyholder surplus of approximately $74 million as of Dec. 31, 2016.

NATIC earned a rating of: A' (A Prime) Unsurpassed from Demotech, Inc., A- from Kroll and B++ (Good) from A.M Best. NATIC is headquartered in Miami, Florida. To learn more, visit http://www.natic.com.

With our comprehensive tools and services, including board member training, financial and banking programs and innovative technology solutions, we are able to effectively manage and support the future growth of Highland Hills. LAS VEGAS (PRWEB) […]

It is an honor to be named to the Super Lawyers list once again. I have been practicing law in Orange County for a long time, and it still excites me as much today, as […]