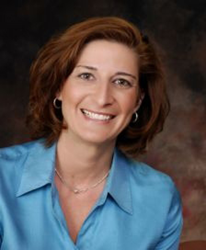 Felecia has an amazing work ethic and is dedicated to coaching and mentoring as well. This team approach will serve our associates well as we grow stronger in the Denver Metro market.

Thirteen-year sales veteran Felecia Burke will add Denver Metro sales manager to her list of responsibilities, as North American Title Co. (NATC) has chosen her to help generate new business in the very active market. Burke will work with business development representatives in seven locations across the Denver area and will retain her position as Northern Colorado sales manager.

“Felecia is the perfect associate to lead our Denver Metro business development team,” said Natalie Koonce, president, NATC Colorado division. “She has an amazing work ethic and is dedicated to coaching and mentoring as well. This team approach will serve our associates well as we grow stronger in the Denver Metro market.”

A long-time Greeley resident, Burke is a graduate of the University of Northern Colorado with an undergraduate and a master’s degree. A former teacher, she served as chairman of the Success Foundation for Weld County School District Six and is also active with the Greeley Chamber of Commerce. Burke started her title industry career in 2004 as a business development representative with North American Title in Greeley, and has served as Northern Colorado sales manager for eight years. She is active in the Greeley Area Realtor Association, earning Affiliate of the Year honors in 2007 and again in 2017.

“I am looking forward to working with our Denver sales team and growing with them,” said Burke. “North American Title brings so much value to the real estate industry – I am thrilled to help our folks get the word out about the advantages we offer.”

About North American Title
With well over 1,200 associates and a network of branches from coast to coast, North American Title Group, LLC (NATG) is among the largest real estate settlement service providers in the United States. Consisting of both agent and underwriter operations, NATG reported annual gross revenues in fiscal 2016 of $360.2 million. The company also has the resources and stability of being a wholly owned subsidiary of an S&P 500 company with over $15.3 billion in assets as of its fiscal year ended November 30, 2016. North American Title’s agency network operates nationally under the name North American Title Co. and similar names (NATC) in 18 states: Arizona, California, Colorado, Delaware, Florida, Illinois, Indiana, Maryland, Minnesota, Nevada, New Jersey, New York, North Carolina, Pennsylvania, South Carolina, Texas, Utah and Virginia, in addition to the District of Columbia. Through our relationship with our expanding affiliate network, NATC provides or is able to coordinate real estate settlement services in all 50 states. NATG is headquartered in Miami, Florida. To learn more, visit http://www.nat.com

DALLAS (PRWEB) July 30, 2018 With years of experience in the industry, Southern Bail Bonds Dallas brings a new approach to Bail Bonds in Dallas, TX. The company is quite conscious of the unpleasant image […]

With the addition of Hughes Fields and Stoby, Lex Mundi strengthens its presence in Latin America and underscores its commitment to provide its member firms and their clients access to the most experienced and most […]