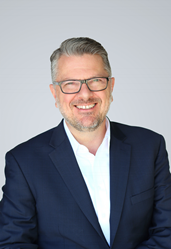 He is a true champion for our associates and is fully committed to giving them the resources and platform they need to serve their customers with excellence, making him the natural choice to implement our aggressive growth strategy in the Greater Sacramento and Northern Nevada Division.

“By fostering a culture of communication and mutual trust, Brynn’s leadership creates a collaborative team atmosphere,” said NATC Western Region President Chad Nichols. “He is a true champion for our associates and is fully committed to giving them the resources and platform they need to serve their customers with excellence, making him the natural choice to implement our aggressive growth strategy in the Greater Sacramento and Northern Nevada Division.”

Powers earned his license to sell real estate in 1987 and entered the title insurance industry in 1995. Through the years, he handled a variety of jobs including searching title, running an escrow desk and owning an escrow company, as well as holding positions in sales and management.

“Real estate is in my family DNA,” Powers said. “I have always enjoyed the complexity and diversity of the work and love the challenge of finding solutions to the issues that arise daily in the course of a real estate transaction. I am proud to lead a team of associates at North American Title who are dedicated to creating the kind of cooperative teamwork that ensures not only successful transactions, but greater success for our customers.”

A graduate of Vanguard University of Southern California in Costa Mesa, Powers holds a bachelor’s degree in organizational development. He works out of NATC’s Roseville office at 516 Gibson Drive, Suite 290, Roseville, CA 95678 and can be reached at (559) 231-2052.

With close to 1,000 associates and a network of branches from coast to coast, North American Title Company (NATC) is among the largest real estate settlement service providers in the United States. Through its relationship with an expanding affiliate network, NATC provides or is able to coordinate real estate settlement services in all 50 states. With more than 100 offices across the country, NATC offers a depth and breadth of local expertise and knowledge in many of the premier real estate markets. NATC’s parent company is States Title Holding Inc., headquartered in San Francisco, California. Founded by Max Simkoff and backed by a significant financial investment from Lennar and leading venture capitalists in Silicon Valley, States Title uses cutting-edge technology to deliver a modern title and escrow platform.

May 20, 2020 myadminsite Law Comments Off on Instafamous Dr. Simon Ourian and Epione Medical Corporation Sued by…

Dr. Adam J. Rubinstein, M.D. FACS “I am dedicated to sharing the truth with the public no matter how shocking it may be,” says Dr Adam J Rubinstein. MIAMI (PRWEB) May 20, 2020 Award winning […]

Bob Kerstein, Founders Scripophily.com Paper stock certificates make great gifts for everyone Past News Releases RSS FAIRFAX, Va. (PRWEB) May 29, 2018 Scripophily.com is announcing a Dads and Grads Sales with discounts of up to […]