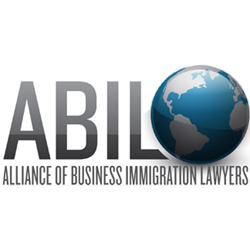 Highly skilled immigrant workers applying through H-1B and STEM OPT are increasingly being turned away from entry to the United States by the Trump Administration.

The Trump Administration’s restrictive “Buy American and Hire American” executive order was issued on April 18, 2017, shortly before the start of the 4th quarter of fiscal year 2017, which began on July 1. The impact of the order on the admission of highly skilled foreign workers immediately took hold, as evidenced by data from the National Foundation for American Policy.

The number of denials for H-1B petitions increased from a rate of 15.9% in the third quarter to 22.4% in the fourth quarter, a proportional increase of 41%. The percent of RFE’s issued in the fourth quarter was 69%, compared to 23% in the third quarter. Equally startling data includes the fact that USCIS adjudicators were more likely to issue denials and RFE’s to Indian applicants.

Attorneys from the Alliance of Business Immigration Lawyers agree with the viewpoint of economists that foreign-born professionals greatly benefit America’s economy. An overwhelming percentage of full-time graduate students in electrical engineering and computer science at U.S. universities are international students. These students then stay in the U.S. to work through the STEM Optional Practical Training (OPT) program. This program too has been targeted by the Administration, resulting in a decreased enrollment of 8% in 2017, compared to 34% in 2016. Who has been affected the most? Applicants from India and China.

Attorney Sabrina Victor It is my great honor to be a part of such a fantastic team of attorneys and paralegals. DANBURY, Conn. (PRWEB) June 01, 2018 Attorney Victor returned to Ventura Law in June […]

Collaborative Divorce Texas has announced its 2018 class of Master Credentialed and Credentialed Collaborative Professionals. Achievement of this designation demonstrates a commitment to the highest… (PRWeb April 01, 2018) Read the full story at http://www.prweb.com/releases/2018/04/prweb15377781.htm