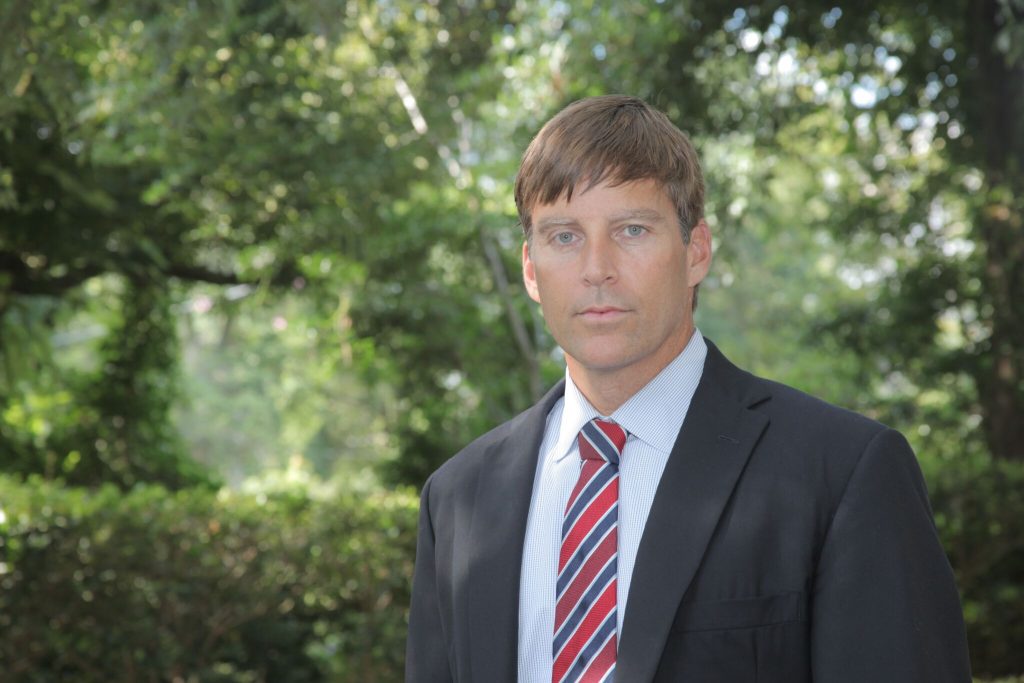 Hughey’s client, who has authorized Hughey to explain his case, was a young man who suffered a catastrophic spinal cord injury when he was thrown from his pickup truck after another truck collided with it. The injuries left him paralyzed from the waist down.

Hughey brought suit against the other truck’s driver and his company, resolving the matter on his client’s behalf at mediation for $5.425 million (including special damages and a loss of consortium claim by the plaintiff’s wife). It was one of the largest truck accident settlements in the state in 2017, burnishing Hughey’s reputation as one of South Carolina’s top personal injury lawyers.

What made the case stand out for Hughey, however, was not just the size of the settlement, but the significant role the defendant’s deposition testimony likely played in the outcome. A third-party witness to the accident testified the defendant was at fault, and ample telephonic evidence and an expert’s accident reconstruction analysis corroborated that view. The defendant, however, held firm at deposition that he had not caused the collision.

To Hughey, the defendant’s stubborn refusal to admit fault and express remorse likely dug the defense into a deep hole it knew it could not escape, thereby amplifying the potential for an outsized jury verdict and strengthening Hughey’s negotiating position. As Hughey told South Carolina Lawyers Weekly shortly after the settlement became public:

“Here you have a situation where the face of the company denied under oath that he had done anything wrong and refused to accept responsibility, and I think that really could have resulted in anger from the jury without me having to add much fuel on the fire.”

Hughey believes his client received an appropriate settlement, considering the massive upheaval the accident caused in the young man’s life. Nevertheless, the outcome might also serve as an object lesson for South Carolina defense counsel and their clients in the peril of taking a combative approach when the evidence weighs heavily in the plaintiff’s favor, particularly when, as here, the plaintiff’s counsel has a strong reputation for achieving record-setting results for injured clients.

About the Hughey Law Firm

Since 2007, the Hughey Law Firm has represented injured South Carolinians in a wide variety of personal injury matters, including nursing home abuse and neglect, motor vehicle accidents, construction accidents, and workers’ compensation. As the firm’s founder and name-partner, Nathan Hughey has been recognized by national legal publications as one of the top personal injury litigators in the Palmetto State. He is also a member of the prestigious Million Dollar Advocates Forum, a highly selective society of attorneys who have achieved million-dollar settlements or jury verdicts for their clients.

For more information, call the Hughey Law Firm at (843) 881-8644 or contact them online at HugheyLawFirm.com.

The information contained in this article is provided for informational purposes only and should not be construed as legal advice on any matter. This article does not create an attorney-client relationship and it is not intended for detailed legal advice. The lawyers at the Hughey Law Firm are licensed in South Carolina. Any result we achieve on a client's behalf does not necessarily mean similar results for other clients. You should consult an attorney for advice regarding your individual situation. You should not send us any confidential information in response to this article. Such responses will not create an attorney-client relationship, and whatever you disclose to us may not be privileged or confidential unless we have agreed to act as your legal counsel, and you have executed a written engagement agreement with the Hughey Law Firm.

Mark Thiessen It is truly an honor to rank alongside some of the finest attorneys this country has to offer. Houston, Texas (PRWEB) September 28, 2017 Attorney Mark Thiessen of the Thiessen Law Firm has […]

“Congratulations to Demetrius and Albert on this well-deserved recognition among the top lobbyists in the nation. The honor is additionally significant given Lawyers of Color’s mission to promote diversity within the legal profession,” said Ernest […]

Blumenthal Nordrehaug and Bhowmik File A Class Action Lawsuit Against Meyer Logistics, Inc. For Alleged Violations of the FCRA and California Labor Code

October 10, 2017 myadminsite Law Firms Comments Off on Blumenthal Nordrehaug and Bhowmik File A Class Action Lawsuit Against Meyer Logistics, Inc. For Alleged Violations of the FCRA and California Labor Code