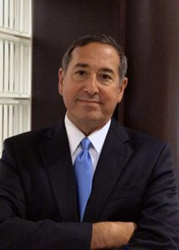 RIGHTS OF UNMARRIED COUPLES UPON BREAKUP

Often referred to as a “common law marriage,” couples who live together do not have the same rights as married spouses. Illinois (like most states) does not recognize common-law marriages.

Many couples reject the formalities of marriage and instead choose to live together in a committed relationship. Often referred to as a “common law marriage,” couples who live together do not have the same rights as married spouses. Illinois (like most states) does not recognize common-law marriages. But what happens when unmarried couples decide to break up? What are their rights or claims against the other? Attorney Steven Peskind gives a summary of Illinois law as it applies to unmarried couples:

When a child is born to an unmarried couple, paternity can be established by a biological father executing a voluntary acknowledgment of paternity at the time of the birth. There are also provisions for establishing the rights of a same-sex partner. Legal rights can also be conferred by a parent filing a court action to establish a parent-child relationship. Unmarried couples can also adopt children jointly. A child adopted by unmarried parents have the same rights as any other child, regardless of their parents marital status.

Once parentage is established either through a voluntary acknowledgment or a court decree, parents who break up can obtain court orders establishing: child support, contribution toward health and other child expenses, parental decision-making rights and parenting time. Regardless of the procedure involved, once parentage is established, the parents have rights and responsibilities no different than those of married couples.

Children born to unmarried parents also have rights of inheritance as children of married couples as well as also being eligible for social security benefits and other governmental assistance as a child of the deceased parent. Again, children’s rights are not dependent upon their parents’ marital status.

The term “palimony” was made famous in the 1970s in the California case of Marvin v. Marvin. In the Marvin case, Michelle Triola and Lee Marvin (the actor) were long-term cohabitants who never married. Upon their breakup, Michelle sought alimony from Marvin alleging that he had agreed to support her for the rest of her life. The California court hearing the case held that since California did not recognize common-law marriage. Support for unmarried persons, even in a long-term relationship, is only allowed by express agreement. Because there was no formal contract, the court refused to permit the claim.

Illinois is even more restrictive; our law disallows agreements by unmarried cohabitants as they violate Illinois public policy (see, Blumenthal v. Brewer, 69 N.E.3d 834 (Ill. 2016). While potentially a couple may enter into a service agreement (i.e. if you agree to stay home and care for our children, I will agree to pay you $5,000 per month for 10 years if we separate), it is uncertain whether it will be enforceable.

Unmarried couples have no rights or claims to the other’s property. For example, if one party starts a multi-million dollar business in his or her name while the couple live together, the other party has no rights to the wealth that he or she may have helped create. The same principle would apply to property owned by one party that appreciates due to the efforts and contributions of the other party. If you contribute money to a partner’s property, you would be well served to obtain a promissory note or other contract confirming the contribution as a loan rather than a gift.

If a couple jointly owns an asset such as real estate, the law does allow remedies if the couple cannot agree on how to divide that asset. The court can divide the equity based upon the parties’ respective contributions, but again, if an asset is not jointly owned, the party who owns the asset may keep all interest, regardless of the other party’s contributions or efforts.

In the event, you do intend to enter into a committed relationship without getting married, consult an attorney to fully understand your rights and determine your options. If one party is opposed to formally tying the knot, understand that if the ship becomes unmoored, court assistance will be unavailable. Protect yourself so you are not singing the “no wedding bell blues.”

Attorney Steven Peskind is recognized as one of the top attorneys in the nation. Throughout his career, he has been trusted by politicians, judges, professionals, business owners, and business executives (as well as their spouses) to discretely and professionally represent them in family law matters. He can be contacted at (630)444-0701 or steven(at)peskindlaw.com