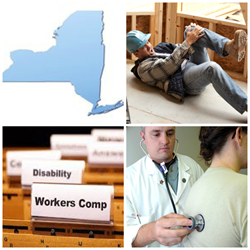 “Originally established to monitor the system following reforms in 2007, the report has evolved into a tool for tracking key metrics of system performance on an ongoing basis,” said Ramona Tanabe, WCRI’s executive vice president and counsel. “This regular monitoring helps focus attention on policy objectives that are being met, objectives that are not being met, and unintended consequences that have emerged.”

The study, Monitoring Trends in the New York Workers’ Compensation System, 2005–2015, is the 10th annual report to regularly track key performance metrics of the New York workers’ compensation system. The analysis in this edition focuses primarily on trends in indemnity benefits, medical payments, and benefit delivery expenses from 2007 to 2015 for claims at different maturities. In addition, various interstate comparisons from other WCRI studies are provided to help put the performance of the New York system into perspective, such as the frequency and amount of opioids dispensed to injured workers.

In 2007, New York passed legislation making a number of changes to the state’s workers’ compensation system. Among its provisions, the legislation increased maximum statutory benefits, limited the number of weeks of permanent partial disability (PPD) benefits, and required the implementation of medical treatment guidelines and the adoption of a fee schedule for pharmaceuticals. In subsequent years, the system underwent a number of additional regulatory and administrative changes, including electronic filing of claims data and a payor compliance initiative. Further workers’ compensation reforms included in the 2017-2018 New York state budget, such as the requirement to adopt a pharmacy formulary and adoption of new permanent impairment guidelines, will be examined in future monitoring reports.

The following are among the study’s major findings:

WCRI’s Detailed Benchmark/Evaluation (DBE) database was used in this study. Analyses were performed using open and closed indemnity and medical-only claims with dates of injury primarily from October 2004 through September 2015, with experience as of March 2016. The data include a large volume of claims and represent the full insurance market of the New York system, including private insurers, self-insured employers, and the state insurance fund.

The study is authored by Carol A. Telles and William Monnin-Browder. To learn more about the study or to download a copy, visit WCRI’s website at
https://www.wcrinet.org/reports/monitoring-trends-in-the-new-york-workers-compensation-system-2005-2015.

We’re very excited for everybody to bring their Valentines and join us for a lovely afternoon! LADY LAKE, Fla. (PRWEB) December 22, 2017 All Faiths Cremation Society in Lady Lake, FL has relocated to a […]

“Having spent much of my career in health care, I appreciate the importance of providing seniors in our community with the quality care that they deserve. We all have to work together to champion for […]

Lerner and Rowe Honor the Memory of Dana Marshall-Bernstein by…

January 11, 2020 myadminsite Law Comments Off on Lerner and Rowe Honor the Memory of Dana Marshall-Bernstein by…