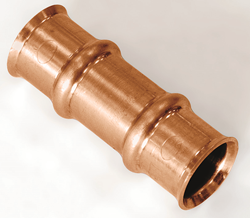 RLS filed its lawsuit on January 22, 2018, alleging that Conex infringes claims of U.S. Patent Nos. 9,145,992 and 9,638,361. The patents are related to RLS’s innovative and award-winning crimp fittings. RLS alleges Conex’s B MaxiPro fitting is covered by claims of the patents.

Conex filed a motion for summary judgment of non-infringement on August 8, 2018. Judge Reagan rejected Conex’s arguments and denied its motion on December 13, 2018. As a result, RLS will now have the opportunity to present its patent infringement claims to a jury in East St. Louis, Illinois. Trial is scheduled to begin on September 23, 2019.

Our mission is to have a law firm “that works for its clients at the speed of business.” CHICAGO (PRWEB) February 27, 2019 The Satya Law Group is the association of three lawyers with diverse […]

SAN FRANCISCO (PRWEB) August 08, 2019 Morrison & Foerster, a leading global law firm, is pleased to present the findings of its new study, “Benchmarking IP Litigation 2019,” a look into the current state of […]