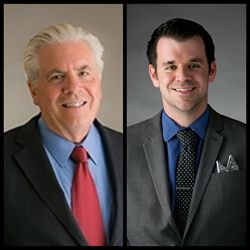 However, with the continued ‘Fight for $15,’ many local municipalities and counties throughout the country are responding by creating their own minimum wage standards.

Time and time again, both employers and employees struggle with the concept of minimum wage. For many people, when they think of minimum wage, they only think of federal and state guarantees. “However, with the continued ‘Fight for $15,’ many local municipalities and counties throughout the country are responding by creating their own minimum wage standards,” said attorney Joseph M. Lovretovich, founder of JML Law.

On the other hand, many states have recently raised their minimum wage standards. Seven states – Alaska, Florida, Missouri, Montana, New Jersey, Ohio, and South Dakota – have increased their minimum wages based on costs of living. Five states – Arizona, Arkansas, Colorado, Maine, and Washington – have increased their rates through ballot initiatives. Seven other states – California, Connecticut, Hawaii, Massachusetts, Michigan, New York, and Vermont – raised the minimum wage as a result of legislation. Oregon, Maryland, and Washington, D.C. recently raised theirs on July 1, 2017.

“Additionally, many larger cities around the U.S. also have begun raising the minimum wage,” noted Lovretovich. “In Seattle, for example, the new minimum wage is between $11 and $15, depending on the size of the employer and whether they provide benefits. In Chicago, the minimum wage is $11 and will continue rising $1 per year until 2019.”

About Joseph M. Lovretovich and Andrew S. Pletcher, JML Law
Joseph M. Lovretovich is widely regarded as one of California’s top trial lawyers, and 100% of his practice is devoted to litigation. Andrew S. Pletcher is an associate with JML Law handling law and motion and appellate work. JML Law specializes in employment law, personal injury and workers’ compensation. For more information, please call (818) 835-5735, or visit http://www.jmllaw.com.

Your organization will begin to receive new immigration-related documents which may give rise to I-9 compliance issues. ROCHESTER, N.Y. (PRWEB) February 02, 2021 A slew of executive orders have been signed by President Joe Biden. […]

January 1, 2020 myadminsite Law Comments Off on Think Twice About Loaning Your Car To Someone Even For A Short Time

Vehicle Recovered NASHVILLE, Tenn. (PRWEB) December 31, 2019 So, you loan your car out to a friend and they never return it, is this vehicle legally stolen? If you report this to your local law […]