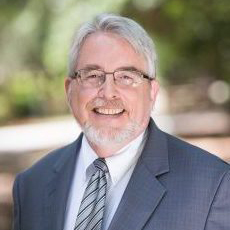 Charleston, SC (Law Firm Newswire) October 26, 2017 - J. Kevin Holmes, Esq, of the Steinberg Law Firm, has been elected to membership in the American Board of Trial Advocates (ABOTA).

Nominated by fellow judges and lawyers of the Charleston Chapter of ABOTA, he was elected by the ABOTA National Board of Directors on August 12, 2017. His election is a tribute to his personal character, reputation and skill as a trial lawyer.

Attorney Holmes graduated from Rutgers University School of Law in 1975 and began his practice in Columbia, South Carolina working for then Senator Isadore E. Lourie, the Speaker Pro Tem of the South Carolina Senate, who championed the rights of working men and women. During this time, Attorney Holmes won the landmark case of Marquard v. Columbia Pacific Mills, which was the first time a cotton mill worker received an award of death benefits for the disease referred to as brown lung. The case was instrumental in breaking the hold the politically appointed Medical Panel had in denying benefits to mill workers and helped all workers receive income benefits for occupational disease.

Attorney Holmes moved to Charleston and joined the Steinberg Law Firm in 1979 and became a partner in 1985. He has extensive experience trying criminal and civil cases in South Carolina’s state and federal courts for over 42 years. Attorney Holmes jokes, ͞"My undergraduate degree was in business administration and I went to law school thinking I would go to work for my father’s company. Then I married a South Carolina girl and moved to Columbia so she could attend law school herself. Next thing I knew I was traveling around the State trying murder cases with a lawyer named Jack B. Swerling, famous for defending Pee Wee Gaskins and other cases."

"Trying cases, criminal and civil, just got in my blood and here I am 40 years later having tried hundreds of civil and criminal cases. What makes being elected to membership in ABOTA such an honor is being nominated by the judges and lawyers you have practiced with from both the plaintiff and the defense side of the bar over the years.

Attorney Holmes looks forward to working on the projects sponsored by ABOTA to preserve civility in the courtroom and the preservation of the civil justice system.

LAS VEGAS (PRWEB) August 03, 2018 Dickinson Wright PLLC is pleased to announce that Attorney Melissa Waite has joined the firm’s Las Vegas office as a Member. Ms. Waite focuses her practice on a variety […]

Learn what a rising tide distribution is and the difference between net losers and net winners in a claw back action. Chicago, Illinois (PRWEB) November 21, 2017 Federal equity receiverships are a powerful and increasingly […]