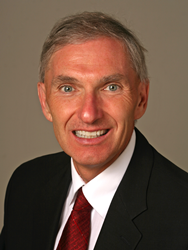 . In the case of Representative Omar or President Trump, questions surrounding their personal finances, use of public dollars, and alleged extramarital romantic relationships may be relevant to an examination of their performance as public officials.

Hamline University professor David Schultz, noted expert on government ethics, publishes an op-ed arguing that there are many cases when the personal lives and character of officials such as Ilhan Omar and Donald Trump are matters of public concern.

In an August 29, 2019 Saint Paul Pioneer Press op-ed and in his blog David Schultz examines when if ever the private lives of public officials are matters of public concern for the media and voters. According to Schultz: “Generally what others do in their private lives is none of our business and the same rule traditionally applied to public officials. However, the public has a right to know and judge a public official because personal behavior tells us something about public performance. Few of us can lead dual lives – be ethically good or bad in private but the opposite in public. Most of us live more integrated lives – who we are and how we behave in our personal lives is suggestive of our public behavior.”

Professor Schultz goes on to argue in the piece that personal character matters. Increasingly at a time when candidates run for office based on their personal stories, they take actions that make their private lives public such as Hollywood celebrities often do, or they use their office for personal purposes, this opens their private lives to legitimate media and public scrutiny.

“Public officials open their private lives to public scrutiny when they put their personal behavior into play. A personal affair of a politician may not be the public’s concern, but as in the case of Representative Omar or President Trump, questions surrounding their personal finances, use of public dollars, and alleged extramarital romantic relationships may be relevant to an examination of their performance as public officials. In those cases, they need to be accountable to the public for their private behavior,” according to Schultz.

David Schultz is a professor of political science at Hamline University. He has taught classes on American government, ethics, and election law for more than 30 years. He is also a three-time Fulbright scholar and winner of the Leslie A. Whittington national award for excellence in public affairs teaching, David Schultz is the author and editor of more than 35 books and 200 articles on American politics and law and is a frequently quoted political analyst in the local, national, and international media.

David Christensen, AV Preeminent® Personal Injury Trial Attorney Wins Hall of Fame Award “If I can help, either by refining the process, the machine, or by fiercely defending victims’ rights, then I will have made […]