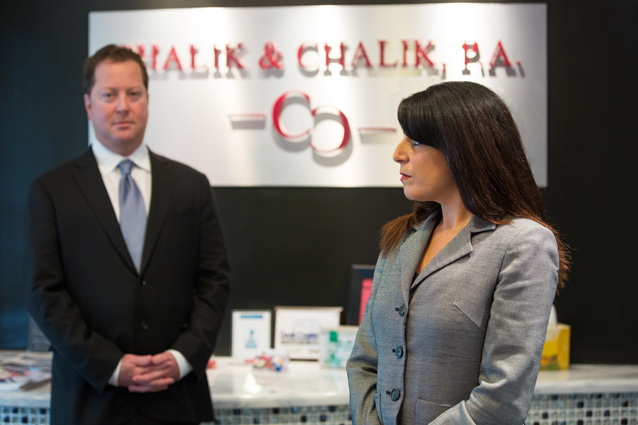 Miami, FL (Law Firm Newswire) September 3, 2015 – There has been an alarming rise in hit and run collisions in Florida.

According to the Florida Highway Patrol, there were an estimated 80,000 hit and run accidents in 2014. South Florida is leading the surge in these deadly accidents, with 17,480 hit and run crashes in Miami-Dade County, and 9,749 in Broward County.

“Drivers who leave the scene of an accident are only making a bad situation worse,” said Jason Chalik, a prominent Florida car accident attorney with Chalik & Chalik Injury Lawyers. “Now, they may face criminal charges as well as the other ramifications of the collision.”

Finding hit and run drivers is a priority, especially when a fatality occurs, law enforcement officials said. According to Sgt. David Greenwell of the Miami-Dade Police Department, there is a traffic homicide unit devoted solely to tracking down suspects in hit and run collisions that have resulted in serious injuries or death. Greenwell said that the department has several investigative techniques that lead them to suspects, including working with auto body shops where drivers may go for repairs after a hit and run crash.

There are strict penalties for hit and run drivers, after the passage of the Aaron Cohen Act in 2014. Aaron Cohen was a bicyclist who was killed by a hit and run driver on the Rickenbacker Causeway in Key Biscayne in 2012. The driver later turned himself in, but spent less than a year in jail. The law named for Cohen provides for a mandatory minimum sentence of four years in prison for drivers convicted of leaving the scene of a collision that results in a fatality.

“If you are injured in a car accident, hit and run or otherwise, it is important to talk to an experienced personal injury attorney,” said Chalik.

The Martindale-Hubbell Client Champion Award Los Angeles, CA (PRWEB) November 29, 2017 Martindale-Hubbell is one of the most highly-regarded legal directories on the web, and has been in the business much longer than the internet […]

Greenberg Traurig’s Chinh H. Pham Elected to Board of Trustees of…

July 17, 2020 myadminsite Law Firms Comments Off on Greenberg Traurig’s Chinh H. Pham Elected to Board of Trustees of…

BOSTON (PRWEB) July 16, 2020 Chinh H. Pham, chair of Greenberg Traurig, LLP’s Emerging Technology Group and co-chair of the firm’s Intellectual Property (IP) Group in Boston, has been elected to the Board of Trustees […]