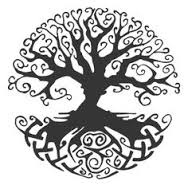 Alex R. Hernandez Jr. is the founder of Alex R. Hernandez Jr. Trial Lawyers PLLC based in Corpus Christi, Texas. Originally from the Gulf Coast, Mr. Hernandez has been trying civil and criminal cases on both sides of the docket helping plaintiffs with injuries and protecting small business owners and consumers, and helping those accused of crimes. He is licensed in State and Federal Courts including the Southern and Western Districts of Texas.

He has tried cases to judge and jury and is a current member of the Million Dollar Advocates Forum, The National Trial Lawyers, the American Academy of Trial Lawyers, the National Association of Consumer Advocates, Texas Trial Lawyers, and other bar associations in San Antonio, Austin, and Corpus Christi. Today he uses his fluency in Spanish to communicate to the fast growing Hispanic communities in Texas and nationwide. His practice includes personal injury, business litigation, mass torts, white collar criminal defense, divorce, real estate and consumer protection.

Mr. English was the Strategic Prosecution Unit’s Community Prosecutor working as the liaison between the DA’s Office, Austin Police Department, and the community. During this time he was assigned to address special issues or offenders affecting the community, as well as advising the Austin Police Department regarding felony cases. Jason oversaw various diversion programs for the Travis County District Attorney’s Office, specifically handling the Mental Health Docket and the Veterans Court. Now Jason helps clients with criminal defense matters in the Austin area.

Mr. Hernandez and Mr. English went to law school together at St. Mary's University School of Law in San Antonio and became close friends. They attended the Universidad Panamerica program in Mexico City with the University of Houston. Mr. Hernandez and Mr. English have traveled throughout Mexico including Monterrey, Mexico City and Taxco. They saw a symbol in Taxco rooted in the silver of the area and now use it as their symbol for their firm. El Arbol de la Vida, a powerful symbol showing the roots of their legal friendship, their respect for the community, and their devotion to the practice of law.

Tampa, FL (Law Firm Newswire) March 21, 2019 – All things considered, Randy Willoughby has a good life. Every day he spends time with his wife, Kayliegh, and their beautiful two-year-old daughter. When he’s not […]

WRMSCN is dependent upon the generosity of individuals, corporations, and events like this one. We hope our contribution helps make a difference in their efforts to provide specialized care and services to women across the […]