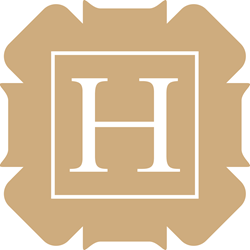 According to the complaint, on October 7, 2014, Amanda Stephen and her young son were traveling through the Camp Pendleton checkpoint on Vandegrift Road when a security barrier was deployed by defendant, Billy Joe Graves, who was in the course and scope of his employment with Miles Construction, which was subcontracted out by FutureNet Security Systems. The deployment of the barrier instantly stopped Mrs. Stephen’s vehicle, essentially causing Mrs. Stephen to slam head-on into a steel barrier.

John Gilbert, Partner at Radix Law “John Gilbert and Ben Himmelstein represent business owners in Arizona. This honor is only an acknowledgement of what we and our clients already know: they are among the best […]

All Traffic Solutions’ ParkingCloud logo ParkingCloud allows data to be collected and transmitted to the Cloud from anywhere, then processed and instructions sent back to other devices. These can include any kind of parking device […]

DAYTONA BEACH, Fla. (PRWEB) August 29, 2018 With almost 20 years experience and over 110 criminal trials, Delgado & Romanik, PLLC is proud to have James working alongside our other Daytona Beach lawyers to provide […]