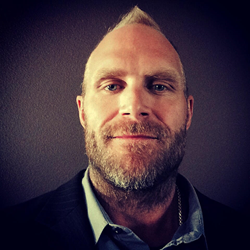 On Tuesday, November 14, 2017, GOP Congressmen, with leading Cannabis advocacy firm The Liaison Group (TLG) and Public Affairs firm Gide, will hold a press conference to bring together a diverse set of patients who have all benefited from medical Cannabis to share their personal stories on Capitol Hill. This press event is presented in conjunction with broad bi-partisan legislative efforts to continue the protection of State-enacted, State-regulated medical Cannabis programs from federal interference.

“Support for medicinal Cannabis has become widely accepted across the country with 46 States and the District of Columbia, Guam, and Puerto Rico, allowing the medical use of the plant. However, at the Federal level, Cannabis continues to be a Schedule I substance—the most restrictive classification,” said Saphira Galoob, TLG Principal. “We are holding this press event to give patients who have benefited from medicinal Cannabis a platform to speak to Congress about why Federal Cannabis policies must be updated to respect States rights, protect patients and reflect modern scientific research that demonstrates how the Cannabis plant can effectively treat a variety of medical conditions.”

“It was important for us to bring together a diverse set of individuals to show that so many people today are benefiting from medical Cannabis—Veterans, athletes, children, as well as their parents. Many Members of Congress are taking positions on medical Cannabis policies without hearing the real-world stories of how the plant is transforming some of their constituents’ lives, which is why we wanted to bring these voices directly to Capitol Hill,” said Gide Principal, Arika Pierce.

During the press event, speakers will include:

Other speakers will include parents of children who have effectively used Cannabis to treat illnesses such as epilepsy and chronic pain, as well as other Republican Congressional Members who support efforts to advance Federal Cannabis policies that respect the robust and sophisticated State Cannabis programs that have been enacted throughout the country.

Details for the press conference are as follows:

A press conference calling on Congress to recognize the modern medical developments of Cannabis through first-hand patient stories from the many different faces that benefit from medicinal Cannabis—children, parents, Veterans, and athletes.

This event is open to the press. Media outlets who plan to attend should RSVP to Arika Pierce at apierce(at)gidellc(dot)com or 202.421.4099.

About TheLiaisonGroup
TheLiaisonGroup ["TLG"] is a women-owned firm that works to secure and sustain market access for responsible businesses within the botanical and Cannabis space. TLG advocates for clients who believe that an industry which values and is committed to compliance, via sound regulatory frameworks that address finance and banking needs, manufacturing and cultivation practices, and labeling, packaging, distribution and security measures, will flourish into a prosperous environment for all stakeholders.

About Gide
Gide is a Public Affairs firm that specializes in intersecting cannabis businesses and organizations across the vertical with government and public policy communication strategies that ultimately drive the legal growth of the industry. Through public awareness campaigns and thought leadership Gide seeks to educate a wide range of stakeholders on cannabis to ensure reasonable and informed policy decisions and outcomes.

Having data-driven insights into the judge’s or opposing counsel’s history in this practice area is an important consideration when entering settlement negotiations or deciding to take a case to trial MENLO PARK, Calif. (PRWEB) July […]