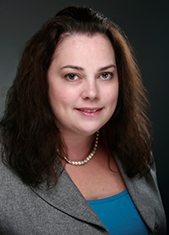 NATIC agents will immediately reap the benefits of Kathy’s experience with their trade association, as she has had a finger on the pulse of what agents in the state really need, as well as their legislative agenda.

“NATIC agents will immediately reap the benefits of Kathy’s experience with their trade association, as she has had a finger on the pulse of what agents in the state really need, as well as their legislative agenda,” said Rich Griffin, vice president, NATIC national sales manager. “In addition, Kathy’s blend of personality and professionalism makes her a great fit for our team. When you combine these advantages with NATIC’s suite of products, our agent support team and our experienced underwriting counsel, it creates a great value proposition for our Indiana agents.”

Hulbert has been a licensed attorney in Indiana since 2002, having received her doctor of jurisprudence from the Indiana University School of Law after graduating from Centre College in Danville, Kentucky. She served as deputy attorney general in the professional licensing section of the Indiana Office of the Attorney General for four years, after which she built the title insurance division of the Indiana Department of Insurance, serving as its managing attorney. In 2009, she became the executive director of the Indiana Land Title Association, the state’s trade organization for the title industry.

“In all my roles within my unique career, I have learned a great deal about the title industry, developing many relationships with title professionals that are based on dependability, discretion and trust,” said Hulbert. “I love being a resource for people and helping them solve problems quickly, effectively and creatively, and look forward to putting my knowledge and experience to work for NATIC’s title agents.”

NATIC is in Peer Group 1, which groups companies with total assets of greater than $100 million as determined by Kroll Bond Rating Agency, Inc., and is ranked 6th by The Performance of the Title Insurance Underwriters© in terms of cash or cash equivalents. NATIC generated more than $230 million in agency premiums in 2016 and maintains a policyholder surplus of approximately $74 million as of Dec. 31, 2016.

NATIC earned a rating of: A' (A Prime) Unsurpassed from Demotech, Inc., A- from Kroll and B++ (Good) from A.M Best. NATIC is headquartered in Miami, Florida. To learn more, visit http://www.natic.com

Greenberg Traurig has an incredible reputation in the energy space, and a global footprint that will benefit all aspects of my practice. I am honored to be working with an expansive multi-office team of regulatory, […]

“Ryan is an outstanding lawyer who has tirelessly served his clients and the firm” said Ernest Cory, Managing Shareholder of Cory Watson. “We are proud of his accomplishments and know that he will continue to […]