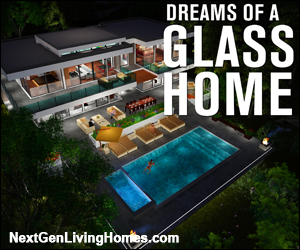 Morrison & Foerster, a leading global law firm, is pleased to announce that Robert S. Litt, who served as the General Counsel for the Office of the Director of National Intelligence (ODNI) from 2009 until earlier this year, has joined the firm as of counsel. Mr. Litt, who has held a series of prominent positions in government and in private practice, bolsters the firm’s National Security, Global Risk & Crisis Management, and Global Privacy & Data Security Groups. Among other things, he will advise Morrison & Foerster’s clients on sensitive national security and privacy matters, white collar investigations, and government enforcement actions.

As the lead lawyer at the ODNI, a role for which Mr. Litt was unanimously confirmed by the Senate, he reported directly to the Director of National Intelligence. Mr. Litt managed a team of attorneys providing legal advice to the agency, coordinated and participated in interagency national security meetings, regularly testified before Congress on high-profile intelligence matters, and frequently served as the public spokesman for the intelligence community both domestically and overseas on issues relating to surveillance and privacy. Mr. Litt was a key member of the U.S. team that negotiated the EU-U.S. Privacy Shield with the European Commission and also engaged with individual European nations on related privacy matters.

“I’ve seen Bob’s work for many years and there is no one who is more tenacious on behalf of clients. He is a tremendous addition to our growing team,” said John Carlin, co-chair of Morrison & Foerster’s National Security Group and chair of its Global Risk & Crisis Management Practice. “Bob’s broad experience in government and private practice will be invaluable to our clients as they navigate complex challenges. Whether the matter involves a criminal, regulatory, or congressional investigation, compliance with European and U.S. privacy laws, or a review by the Committee on Foreign Investment in the United States (CFIUS), Bob’s perspective and unique insights will be a great asset.”

Mr. Litt previously held senior roles at the Department of Justice (DOJ), where he served as the Principal Associate Deputy Attorney General and as Deputy Assistant Attorney General in the Criminal Division. He also served at the United States Department of State (DOS) as special advisor to the Assistant Secretary of State for European and Canadian Affairs. Earlier in his career, he was an Assistant U.S. Attorney for the Southern District of New York. In addition to his prolific government service, Mr. Litt has also had an extensive career in private practice, serving as a partner at Arnold and Porter, LLP, where he led the white collar practice, and at Williams & Connolly LLP.

“I am thrilled to have the opportunity to work with so many elite lawyers at Morrison & Foerster who are advising some of the world’s biggest businesses on a variety of challenging issues,” said Mr. Litt. “Morrison & Foerster has an outstanding reputation in national security, privacy, and cybersecurity matters, which makes it such an appealing proposition for me to come to the firm.”

“We are committed to securing the best talent that D.C. has to offer and Bob is a great example of an attorney with the experience to meet the ever-expanding regulatory needs of our clients,” said Brad Lui, Managing Partner for the Washington, D.C. office. “He joins a deep bench of lawyers who are committed to providing our clients with the best crisis management strategies, national security and cybersecurity guidance, and foreign investment counsel.”

Mr. Litt began his legal career as a law clerk at the United States Supreme Court (Justice Potter Stewart) and the U.S. District Court of the Southern District of New York (Judge Edward Weinfeld). He received his A.B. from Harvard University and his M.A. and J.D. from Yale University. He is admitted in New York, Maryland, and the District of Columbia, as well as in multiple Federal District Courts and Courts of Appeal, and the United States Supreme Court.

We are Morrison & Foerster — a global firm of exceptional credentials. Our clients include some of the largest financial institutions, investment banks, and Fortune 100, technology, and life sciences companies. The Financial Times has routinely named the firm to its lists of most innovative law firms in Northern America and Asia every year that it has published since publishing its Innovative Lawyers Reports in those regions. In the past few years, Chambers USA has honored MoFo’s Privacy and Data Security, Bankruptcy, and IP teams with Firm of the Year awards, the Corporate/M&A team with a client service award, and the firm as a whole with the Global USA Firm of the Year award. Our lawyers are committed to achieving innovative and business-minded results for our clients, while preserving the differences that make us stronger.