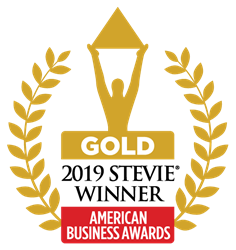 Floify, a provider of industry-leading digital mortgage automation technology, announced today it has been named the winner of two Gold Stevie® Awards in the FinTech Solution and Founding Team of the Year categories in the 17th Annual American Business Awards®.

Floify created a new standard in point-of-sale systems with an intuitive, flexible and affordable platform that simplifies how lenders collect, verify and manage loan documents, track loan progress, and communicate with borrowers, agents and other loan stakeholders. With Floify, lenders have reported getting borrowers to clear-to-close an average of 7.5 days faster than before adopting the platform.

Floify was awarded with a Gold Stevie Award in the FinTech Solution of the Year category based on its continuing investment into the company’s cutting-edge technology. Last year Floify’s advancements included a revolutionary redesign of its digital 1003 mortgage application, a new Disclosure Desk offering, and the introduction of powerful branding features for lenders.

Floify was also awarded with a Gold Stevie Award in the Founding Team of the Year category for Floify CEO Dave Sims and CFO Michele Sims for their ability to capture “the true essence of entrepreneurship by solving a real problem and making improvements to an entire industry,” according to one of the anonymous judges.

“We are committed to equipping the lenders in the mortgage industry with the most innovative digital solutions to reduce origination times, increase profit margins and stay competitive,” said Floify CEO Dave Sims. “We are honored to be recognized with two Gold Stevie Awards from The American Business Awards and remain dedicated to creating innovative solutions in the mortgage industry for years to come.”

More than 200 professionals worldwide participated in the judging process to select this year’s Stevie Award winners.

“The nominations submitted to The 2019 American Business Awards were outstanding. They illustrate the continued vibrancy of innovation and high level of achievement across the American economic landscape,” said Michael Gallagher, president and founder of the Stevie Awards.

Details about The American Business Awards and the list of 2019 Stevie winners are available at StevieAwards.com/ABA.

About Floify:
Floify is a digital mortgage automation and point-of-sale solution that streamlines the loan origination process by providing a secure application, communication, and document portal between lenders, borrowers, referral partners, and other mortgage stakeholders. Lenders use Floify to collect and verify borrower documentation, track loan progress, communicate with borrowers and real estate agents, and close loans faster. Floify is based in Boulder, Colorado. For more information, visit the company's website at floify.com or on social media at Facebook, LinkedIn, Twitter or Instagram.

(PRWEB) November 12, 2017 Real Estate buyers will have the opportunity to purchase distressed Ohio properties statewide every Wednesday. The foreclosure auctions are conducted online only by a Private Selling Officer and will end each […]

HomeBinder Announces New Round of Funding

HomeBinder.com This is a key endorsement of the HomeBinder value proposition from within the FinTech and InsurTech industries. BURLINGTON, Mass. (PRWEB) April 20, 2021 HomeBinder, a leading home management platform provider that provides homeowners peace […]