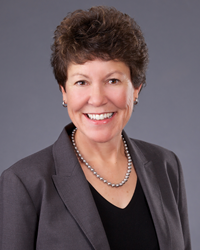 Now in its fourth year, the Dallas Business Journal's Women in Technology Awards recognizes women in the North Texas business community that lead technological innovation across a multitude of industries. Honorees are selected from North Texas executives who: lead established or startup technology companies, have leadership roles in technology or science in a technology company; or are an IT/technology research leader in a non-tech organization.

When Carter was named the CEO in late 2016, she became the first female CEO in the legal eFiling industry. However, she is no stranger to the legal technology industry, having founded CaseFileXpress in 2002. At that time, she was pioneering a new space with a vision that eFiling could be a game-changer for how law firms and courts communicated. Now, 15 years later, her impact is clearly visible nationally.

Her vision for bringing technology to the process of filing documents for courts and law firms has had a significant impact on those law firms and courts that saw the vision as well. Before eFiling implementations, courts and law firms racked up millions of dollars for paper storage alone. Some courts, such as those dealing with Asbestos cases, had multi-story buildings filled with paper. Carter has helped shepherd the legal industry through this automation transformation. As a leader in this technology and with 75 million documents in the File & ServeXpress system today, Carter has helped save taxpayers, courts, and law firms millions of dollars.

The Dallas Business Journal 2017 Women in Technology Awards will be held on Tuesday, October 3, at the Westin Galleria in Dallas.

File & ServeXpress was formed in 2012 through an acquisition of two of the pioneers of eFiling and electronic service – CaseFileXpress and File & Serve, a former LexisNexis company. The resulting combination brought together products and teams with more than 25 years’ experience in legal eFiling and service delivery, forming the leader in the industry.