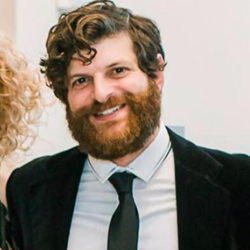 “Do Not Plead Your Weed Case Without Talking To Me.”

Drug Possession
The majority of drug crime charges involve possession. In Texas, all drugs fall into one of four categories, each with its own sentencing guidelines. Still, an experienced drug crime defense attorney can often get charges dropped or reduced, obtain diversion for first-time offenders into a drug education program, or otherwise negotiate a more favorable outcome than the accused could manage alone. When asked for comment Mr. Katims said: “Do Not Plead Your Weed Case Without Talking To Me.”

First-Time Marijuana Possession
Although marijuana is illegal at both the federal and state levels, some Texas counties, including Travis County, have decriminalized first-time possession of small amounts. In Travis County, those charged with first-time possession of less than two ounces of marijuana may pay a $45 fine and take a four-hour education class rather than going through the courts. Otherwise, possession of up to two ounces is a Class B misdemeanor, with escalating charges for larger amounts.

Drugs and DWI
Those who drive while under the influence of drugs, including marijuana, can be charged with DWI in Texas. This brings the same penalties as those imposed for driving drunk, along with penalties for possession of the drug.

About Jason Katims, Attorney at Law
Born and raised in Texas, Jason Katims is committed to personal freedom.

Combined with Fortify™, our digital case and evidence management system, Centurion provides an unmatched level of transparency and secure evidential value that connects in-vehicle camera video with the cloud, resulting in a new level of […]

Parchman Law Group helps families navigate the ins and out of complicated child custody cases. (PRWeb May 03, 2018) Read the full story at http://www.prweb.com/releases/2018/05/prweb15458225.htm