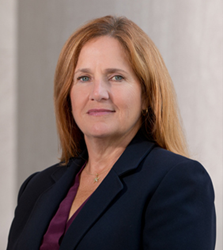 John Doe, a disabled Hispanic male student, has filed a Title IX complaint against Quinnipiac University in the District of Connecticut federal court alleging that the school discriminated against him because of his gender in violation of both Title IX statutes and the school’s own policies. The case was brought on behalf of John Doe by Duffy Law, LLC in New Haven, CT.

The complaint comes as students accused of sexual misconduct on college campuses across the country are increasingly claiming that schools are violating their due process rights in such matters because of pressure placed on schools by the U.S. Departments of Education and Justice to address the alarming rates of sexual assault on their campuses. Raising the stakes further, Education Secretary Betsy DeVoss announced last week her plans to begin changing the Obama administration’s guidelines for how colleges and universities should handle claims of campus sexual assault.

Doe alleges that Quinnipiac’s investigation was biased against him as a male, for, among other reasons, not permitting him to raise a defense, not following its own policies and procedures, and relying on a significantly biased, incomplete and flawed investigative report in making its determination which found him responsible for (i.e., guilty of) “intimate partner violence.”

The case was brought on behalf of John Doe by Duffy Law, LLC in New Haven, CT. A life-long gender equity advocate, attorney Felice Duffy filed a Title IX action against the University of Connecticut as an undergraduate in 1978 to compel the funding of a women’s varsity soccer team. Her success launched the UCONN women’s team as a perennial powerhouse with 27 NCAA tournament appearances and seven College Cup Titles. Duffy went on to become head coach of the Yale women’s soccer team for 10 years before going to Quinnipiac law school, where she graduated first in her class.

After stints at major NY and CT law firms, and two federal clerkships, Duffy became an Assistant United States Attorney in the Connecticut District and prosecuted cases in both the Violent Crimes and Major Crimes units. She also served as Outreach Coordinator for the District, and in that role trained numerous local and campus law enforcement and college athletic personnel on sexual assault prevention. She opened her own firm in 2015 focusing on Title IX and serious Conduct Code Violations, and has already represented more than 40 students and staff across the country, both accused and complainants, in campus disciplinary proceedings.

The entire case record is available online with a subscription to Pacer.gov or PacerMonitor.com, a Federal District Court Monitoring service, by searching for: 3:17-cv-00364-JBA.