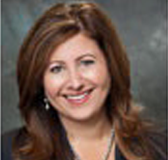 With several decades of experience in title and settlement, and a demonstrated track record in expanding her responsibility across the North American footprint, Dia was the natural choice to lead our national agency.

“With several decades of experience in title and settlement, and a demonstrated track record in expanding her responsibility across the North American footprint, Dia was the natural choice to lead our national agency,” said States Title CEO Max Simkoff. “She will be supported by an amazing group of senior executives, whom she already knows well, in managing our affiliated retail agency revenue and operations across the country.”

Prior to joining NATC, Demmon was President of WaMu 1031, a wholly owned subsidiary of Washington Mutual, Inc. In that role, she led the post-acquisition merger and integration of three national §1031 exchange companies and had oversight and responsibility for all departments. She also served five years as Assistant Vice President and Sales Manager at Fidelity National Title Insurance Co. in the San Francisco Bay Area.

Demmon received her Bachelor of Arts in management from St. Mary’s College of Moraga and currently serves on the California Land Title Association Board of Governors. She works out of the company’s western region corporate office in Concord, California.

About North American Title
With close to 1,000 associates and a network of branches from coast to coast, North American Title Company (NATC) is among the largest real estate settlement service providers in the United States. Through its relationship with an expanding affiliate network, NATC provides or is able to coordinate real estate settlement services in all 50 states. With more than 100 offices across the country, NATC offers a depth and breadth of local expertise and knowledge in many of the premier real estate markets. NATC’s parent company is States Title Holding Inc., headquartered in San Francisco, California. Founded by Max Simkoff and backed by a significant financial investment from Lennar and leading venture capitalists in Silicon Valley, States Title uses cutting-edge technology to deliver a modern title and escrow platform.

Tenant Screening USA When a seismic event such as the COVID related evictions hits landlords and property managers should immediately take note and ensure that their policies and practices remain fully compliant with law. WALTHAM, […]

Goostree Law Group To maintain their Accreditation, a business must be transparent, honor their promises, be responsive to their customers, and safeguard their privacy – Steve J. Bernas, president and CEO of the BBB of […]