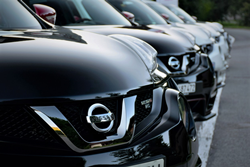 The California Supreme Court has denied Nissan’s petition to appeal a $25 million verdict that Cory Watson Attorneys helped secure in a lawsuit blaming faulty brakes for a car crash that killed three people and caused a wrongful manslaughter charge.

The verdict was upheld on Wednesday, May 15, 2019. This decision affirms the appeals court’s previous findings and makes the judgment final.

“By appealing, Nissan unnecessarily stretched out the legal process for those families who have lost their loved ones in a preventable tragedy that never should have happened,” said principal Ryan Lutz of Cory Watson Attorneys. “Now, the family can rest in the knowledge that this case has finally reached its end.”

The Los Angeles jury determined that the incident was 100 percent attributable to the braking system defect in the Infiniti QX56 SUV, and that Nissan was negligent in failing to recall the vehicle.

“Our firm is willing to fight until the very end of the appeals process for our clients,” said principal F. Jerome Tapley of Cory Watson Attorneys. “The California Supreme Court confirmed what we already knew – that Nissan should be held accountable for dangerous product defects like faulty brakes.”

“We hope this verdict inspires automotive manufacturers like Nissan to step up and take responsibility for the safety of their vehicles so that no one else is killed or injured because of a dangerous product defect they failed to reveal and recall,” said Adam W. Pittman of Cory Watson Attorneys.

Daniel Quick Elected Treasurer of the State Bar of Michigan

TROY, Mich. (PRWEB) July 31, 2019 Dickinson Wright PLLC is pleased to announce that Attorney Daniel Quick (Member, Troy) has been elected Treasurer of the State Bar of Michigan. “I am honored to be serving […]