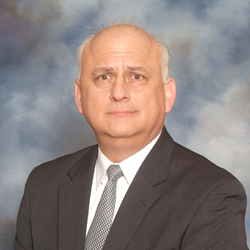 I can confidently say that 2017 has been one of the most successful years in the history of our firm. We look forward to further success in the new year and are grateful for the trust and loyalty of our valued clients.

Among Duric’s recent successes, a Cook County judge recently granted a Motion to Dismiss for a breach of contract lawsuit filed against his client seeking in excess of $16,000,000.00 in damages (16 L 12460). This was the second time the Court dismissed the Plaintiff’s lawsuit after Nicholas Duric argued successfully to dismiss on two occasions.

In 36 Holdings, LLC v. EHC, LLC (15 CH 09675), Nicholas Duric successfully defended a commercial foreclosure case of the Delaware Building (Historic Landmark). The Delaware building is a commercial office building in the heart of downtown Chicago. He negotiated a Deed in Lieu of Foreclosure for the property resulting in savings of millions of dollars for his clients.

In Guardian Life Insurance Co. v. Northwest Corporate Center (15 CH 5923), Nicholas Duric successfully resolved and negotiated a settlement of a $25,000,000.00 multi-faceted commercial foreclosure action instituted against the owners of three large office buildings in Hoffman Estates, Illinois. Clients were able to save approximately $7,000,000.00 as a result of the resolution of this complex matter.

In Guardian Life Insurance Co. v. South Barrington Office Center, LLC (17 CH 3886), Nicholas Duric was successful in defending against a lender’s foreclosure action against the owners of a large office center complex, shielding his clients from $4,000,000.00 in liability as a result of this favorable resolution.

“I have been representing clients for over 30 years,” says Duric, “but I can confidently say that 2017 has been one of the most successful years in the history of our firm. We look forward to further success in the new year and are grateful for the trust and loyalty of our valued clients.”

Nicholas Duric has extensive trial experience in all aspects of business, banking, real estate and commercial litigation. Nicholas Duric has represented large and small business clients in complicated business disputes some involving tens of millions of dollars, including the defense of large scale commercial foreclosure litigation and issues relating to closely held businesses. He has successfully prosecuted or defended real estate foreclosure cases as well as different business litigation. He has participated in multi-jurisdictional litigation. Nicholas Duric graduated from Loyola University of Chicago earning a B.B.A in Finance. He was awarded the President’s Medallion as a top business student and received the Edwin Kerwin Finance Scholarship. He obtained his law degree from the Loyola University of Chicago where he received the Dean’s Merit Award and was a member of the Niagara Moot Court Team.

Nicholas Duric is past Chairman of the United States Department of Education Fund for the Improvement and Reform of Schools and Teaching and past Vice President of the Maine Township District 207 School Board. He has provided countless hours of pro bono service to individuals without the means to obtain legal services, including providing assistance to Have Dreams an organization dedicated to helping those with autism. Nicholas Duric is a founding member of the St. Basil Serbian Orthodox Church of Mettawa, Illinois.

It’s likely that matters will continue to evolve in the future, and therefore it’s important to continue to stay abreast of the latest developments, while working with an attorney who’s able to keep informed on […]