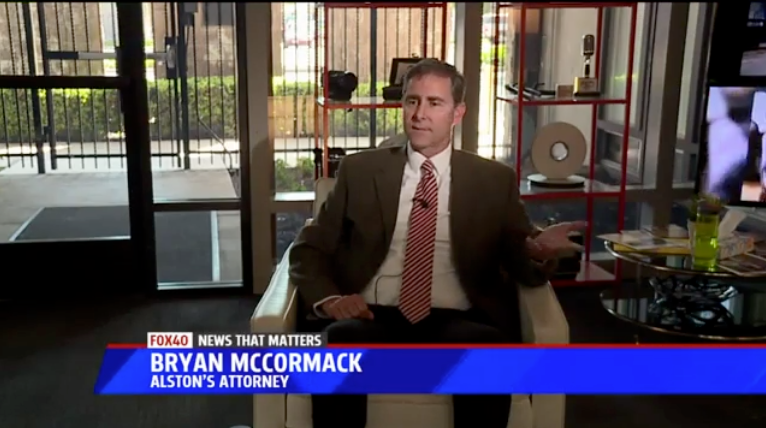 San Francisco, CA (Law Firm Newswire) April 29, 2019 - Supermarket chain Raley’s was recently sued in Sacramento County Superior Court for the termination of three security personnel who complained of racial profiling at its grocery stores in Sacramento, California. One security officer, Candace Alston, appeared with her attorney Bryan McCormack on Fox40 on April 10 to comment on the case, which alleges racial discrimination, harassment, retaliation and wrongful termination.

According to Alston, Raley’s managers told loss prevention officers to follow customers of a specific race. “They would want us to watch black people specifically,” she said. “One manager told me when I first starting to work in his store, ‘Oh, we really have a problem with n------ over here. So, just watch them, just watch them.’”

Raley’s managers were accused of making frequent racist and discriminatory comments to and about McCormack’s clients, as well as other African American employees and store customers. All three plaintiffs were eventually fired in retaliation for complaining to their employers about the workplace discrimination and harassment, as well as the racial profiling policy that Raley’s managers enforced.

The lawsuit also alleged that Raley’s failed to take any action when the security officers expressed concerns about their safety after being threatened and attacked at several grocery stores. They were forced to work alone in dangerous situations despite police suggesting that it was unsafe to do so in certain stores in the Sacramento area. One officer that McCormack is representing even had a gun pulled on her by a customer.

A Raley’s spokesperson said in a statement to Fox40, “Raley’s contracts with Camden Security Services for security services at our stores. The individuals suing are not current or former Raley’s employees.”

McCormack disagrees. “They [Raley’s] are putting together the schedules. They discipline the security officers,” he told Fox40. “They, in every way, act like an employer and under the law, they share the responsibility. They are considered the employer as well.”

The lawsuit is seeking punitive damages, as well as damages for physical suffering, emotional distress and lost earnings. It is also calling for Raley’s to improve training in order to eliminate discriminatory managerial practices.

Tampa, FL (Law Firm Newswire) August 27, 2018 – The Office of the Inspector General recently issued a warning about a persistent phone scam devised by individuals claiming to be calling from the Social Security Administration […]

PITTSBURGH (PRWEB) January 09, 2018 The legal team at AlpernSchubert P.C. is proud to announce that Richard J. Schubert has again been honored as an AV Preeminent Attorney. This is the highest possible rating an […]