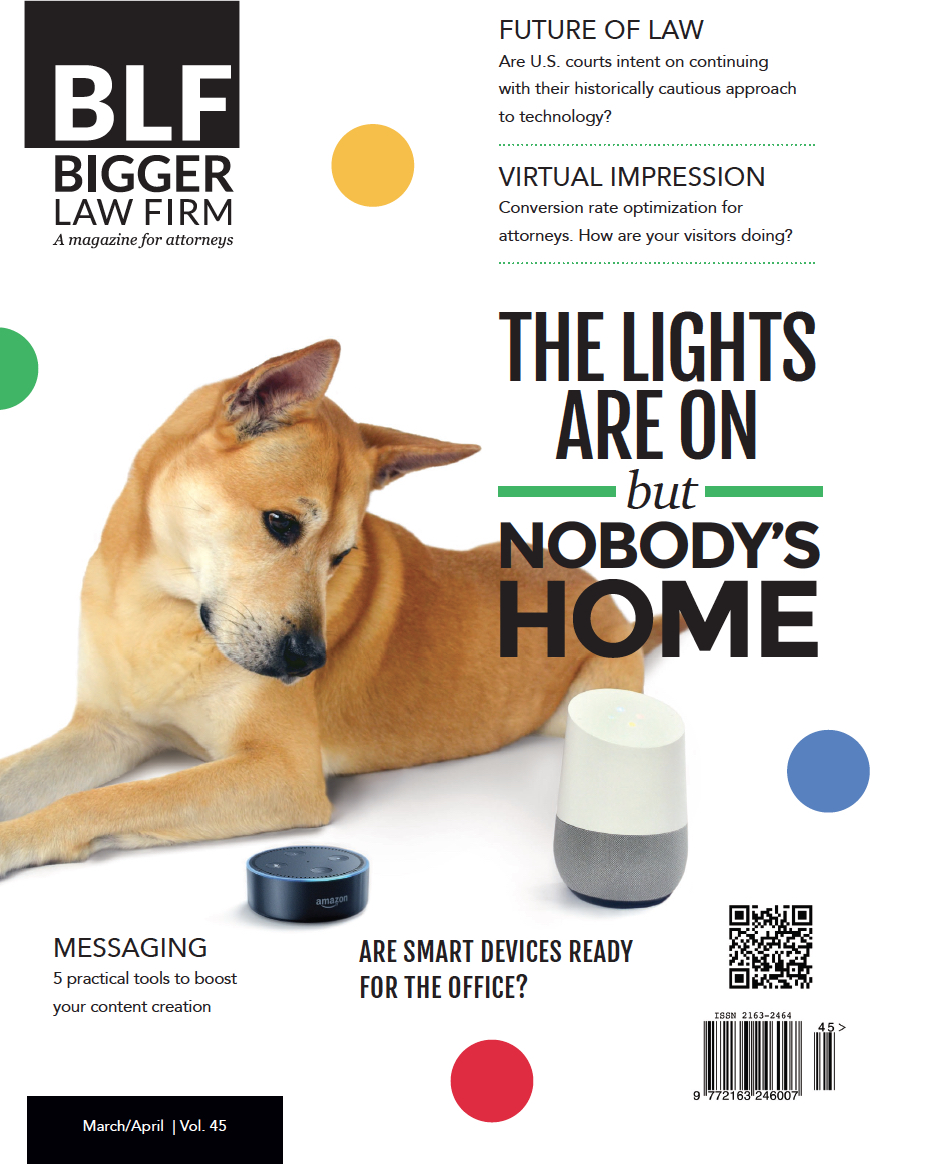 In the feature article, Jason Bland offers a look into day-to-day use of two popular smart device systems: Google Home and Amazon’s Alexa, also known as Echo. Readers are treated to a point-by-point comparison of the two offerings, covering features from home automation to entertainment to calendar integration. But are these devices ready to help you in the office as well?

In “Pro Bono,” Brendan Conley reports that President Donald Trump’s budget proposal would completely eliminate funding for the Legal Services Corporation, which funds legal aid for low-income Americans in civil cases. Conley lays out the history of the LSC, the effects the proposed cuts would have, and some alternative funding methods that might become more popular, including crowdfunding.

Justin Torres brings the reader up to speed on a contentious legislative issue in the Security update: Congress’s repeal of new internet consumer privacy protections. The FCC in October adopted new rules requiring ISPs to disclose their sharing of customers’ online activities and to obtain a positive opt-in before doing so. After Congress’s March repeal of the regulations, Torres explains how state legislators and individuals are picking up the slack to protect internet users’ privacy.

Future of Law this month takes a look at the history and future of audiovisual technology in the courtroom. As Ryan Conley explains, the 9th Circuit Court of Appeals recently made headlines when over a million people tuned in online and on television to its live-streamed hearing on President Trump’s travel ban. Does this mark a turning point for a federal court system which is historically very reluctant to implement modern broadcasting technology?

Kerrie Spencer’s update on Policy details recent efforts on tort reform, including four separate fast-moving bills in Congress. Spencers covers the pros and cons of tort reform and investigates whether it might reduce healthcare costs, then views the issue through the lens of history to bring recent developments into context.

More From BLF Magazine and News