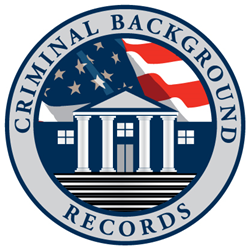 Legislative action regarding the use of criminal history records in the College admission process should alert all entities utilizing such reports to insure they remain fully compliant with law.

State government in Colorado is quickly working towards a “ban-the-box” policy for all college and university applications. Adam Almeida, President and CEO of CriminalBackgroundRecords.com states: “The action in Colorado highlights the need of all entities working with criminal history records as part of background screening to remain fully compliant with law and, subsequently, working with a well-qualified third-party background screening agency remains a best practice.”

Applications that include the question of criminal history often cause applicants to pause and reconsider whether or not to move forward with the application process. In some cases the application process for college or university entrance is abandoned. However, seemingly few individuals know that having a criminal background record is not always automatic grounds for rejection.

People who admit to having a criminal record on college applications are not automatically screened out by admissions offices. But the problem is that people … are all too often removing themselves from contention: one State University of New York study found that about two-thirds of people with previous felony convictions dropped out of college application processes after being asked about their records.(1)

As studies suggest the removal of the question of criminal history would greatly encourage individuals with such a history to further apply to higher education, often considered a critical pathway in avoiding recidivism.

Almeida states: “A college education is often the best route to a better life, one that is more fulfilling and productive.”

But the argument against “banning-the-box” continues in some states.

In Illinois there is movement toward “Ban-the-Box” legislation regarding college admissions but pushback has occurred with some campus police officials.

Aaron Woodruff is among those who’ve voiced opposition. He’s campus police chief for Illinois State University in Normal, and argued against the bill during a Senate hearing in May. In an interview, Woodruff said he’s particularly concerned about how this legislation may contribute to sexual violence on campus, especially because universities have been under increased scrutiny for their handling of harassment and sexual assaults of students. (2)

“In the end,” Almeida opines, “Legislative action regarding the use of criminal history records in any situation should alert all entities utilizing such reports to insure they remain fully compliant with law, and should do so by working with a well-qualified third-party background screening agency.”

CriminalBackgroundRecords.com is a third-party background screening company with highly trained operators well versed in the needs and requirements of companies and organizations large and small utilizing public records, such as criminal background records, as part of a hiring or admission process.

May 12, 2018 myadminsite Law Comments Off on PROSHRED® Arizona Announces Pilot Program with Costco

As a locally owned and nationally operated mobile shredding network, our job is to protect your confidential information, and this pre-paid gift card program provides a great opportunity for individuals and small business to reach […]

NEW YORK (PRWEB) December 11, 2020 Ryan A. Wagner, of counsel with global law firm Greenberg Traurig, LLP, has been selected as one of The M&A Advisor’s 2020 Emerging Leaders. The awards honor the industry’s […]

Attorney David A. Fernandez Military families deserve to receive exceptional service and care from us, the civilians and communities they are protecting and serving. Any way we can show we appreciate them matters. It’s important […]