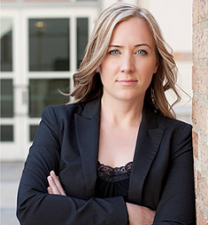 If a driver selects a test and is unable to complete that test then it is required by law that the driver be re-offered the remaining test.

Every person has the unqualified right to due process of the law, even if arrested for DUI. Southern California DUI defense attorney Kellee Parker Harris, founder of Parker Law Center, recently represented a client who was arrested on suspicion of DUI. Due to her advanced age and the fact that she was on blood thinners she was not able to complete a breath test nor a blood test.

Furthermore, attorney Parker’s client was not offered a urine sample as the officer did not have one immediately available. Attorney Parker’s client was deemed a refusal by the officer and subsequently by the local Driver Safety Office, despite the fact that the client did not refuse to submit to testing; thus, her license was suspended for one year and she was unable to apply for a restricted driver’s license.

Attorney Parker appealed the Driver Safety Office’s Findings & Decision; ultimately, the action was set aside. “The precedent set forth that an officer can choose not to provide a urine sample for a person with a medical condition and have the DMV just deem the person a refusal is a direct violation of California law under Vehicle Code Section 23612 and the United States Constitution,” said Parker. “Furthermore, it’s a violation of equal protection of the laws.”

No. 1: Preliminary alcohol screening (PAS) tests, under most circumstances, are voluntary. If a person is 21 or older and not on probation for a DUI then the preliminary alcohol screening (PAS) test is voluntary. The PAS test is known as the breath test prior to arrest. The results of the PAS test are used in order to help the officer gauge the person’s blood alcohol level, and strengthen the officer’s probable cause to arrest the individual. While not all officers provide the required PAS admonition, which informs an individual the test is voluntary, one should know that he/ she does have the right to decline the PAS testing as long as the person is not under 21 years of age and not on probation for DUI.

No. 2: Following arrest, everyone must submit to a chemical test (breath or blood or under certain circumstances urine) per Vehicle Code Section 23612. Failure to submit to the chemical test deems one a refusal. Should a person refuse to submit to the chemical test, the officer must read the chemical admonition which admonishes the driver of the consequences of refusing. Once the chemical admonition has been provided, the officer is then required to ask the driver if he or she will submit to a breath test and a blood test, or under certain circumstances a urine test. The officer is to record the driver’s response to each applicable test. “If a driver selects a test and is unable to complete that test then it is required by law that the driver be re-offered the remaining test,” concluded Parker.

Should the Driver Safety Office determine that a driver refused to submit to or failed to complete a chemical test, then the driver is prohibited from applying for a restricted driver’s license. On a first refusal action the suspension period is one year. On a second action with a refusal designation the suspension period is two years, again with no eligibility to obtain a restricted license.

March 3, 2020 myadminsite Law Comments Off on The Atlanta Journal-Constitution Names Monge & Associates A…

Team Monge & Associates “Monge & Associates strives to have an A+ team and cultivate a culture that is hardworking, compassionate, and exciting to allow our team the best environment to thrive.” ATLANTA (PRWEB) March […]