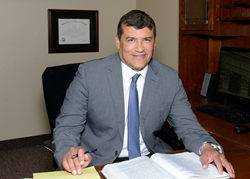 Criminal defense attorney Jose C. Rojo, founder of the Law Offices of Jose C. Rojo, recently prevented the State prosecution from convicting his client, Damien Fernandez, who suffers from a mental disorder, of attempted murder (Case No. INF 1402269, filed in Superior Court of California County of Riverside). The case stems from an incident in which the defendant allegedly wilfully, unlawfully and with malice aforethought attempt the willful, deliberate and premeditated murder of a human being. The attempted murder charges carry a potential life in prison sentence.

According to court documents, however, the jury deadlocked because certain jurors were not convinced that the defendant, due to his mental disorder, had formed the intent to kill, so were unable to unanimously reach a verdict.

Court documents further state that the defendant was convicted of assault with a deadly weapon and causing great bodily injury in the case. In that charge, there will be another jury trial for the sanity phase.

“Each of these local organizations contribute to our city and I encourage everyone to consider donating…” –Mike Bracchi, Wilton Manors City Commissioner BOCA RATON, Fla. (PRWEB) January 26, 2021 Mike Bracchi was elected to the […]

California Mental Health & Criminal Defense Attorney Ken Rosenfeld According to the terms of the plea bargain, the court was supposed to decide based on the experts at Alpine, who are in favor of him […]