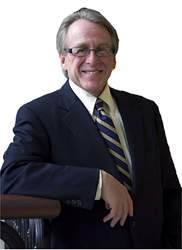 We are currently awaiting a ruling of the Court where it is expected we will be granted a hearing to establish full compliance and seek protection under Section 8 of the Michigan Medical Marijuana Act.

David S. Steingold, co-founder of The Steingold & Dwyer Law Group, recently filed a motion on behalf of his client accused of operating an illegal marijuana grow operation to enjoin the prosecution. The case (Case No. 2:17-cr-20135-DML-APP-1, currently pending in the United States District Court for the Eastern District of Michigan, Southern Division) stems from a combined task force of DEA agents and local officials raiding the defendant’s house in Redford, Michigan, and finding his marijuana plants.

However, according to court documents, the defendant was “compliant,” or “arguably compliant,” with the Michigan Medical Marijuana laws. Attorney for the defendant Steingold sought to enjoin the prosecution, citing the Consolidated Appropriations Act, 2017, Pub. L. No. 115-31, § 538 (2016), which prohibits the Department of Justice from spending money on actions that would prevent the medical marijuana states giving practical effect to their state laws that authorize the use, distribution, possession, or cultivation, of medical marijuana.

The defendant, an Iraq war veteran, suffers from PTSD and service-related injuries, and was on an opioid regimen, but changed to medical marijuana which increased relief and avoided dependence on opioids. Court documents further state that in Michigan there is a Section 8 of the Michigan Medical Marijuana Act that provides that a person is entitled to grow whatever amount is reasonably necessary to ensure the uninterrupted supply of medicine necessary for their condition. Court documents further allege that the defendant was providing medicine to cancer patients, as well as growing for his own significant needs.

The Federal Government’s position, according to court documents, is that unless a person was in strict compliance with the Michigan Medical Marijuana Act, they could not argue for enjoinment of the prosecution or for protection under the Act. The Federal Government does not recognize the Michigan Medical Marijuana Act, or any state law legalizing or decriminalizing marijuana, and still regards marijuana as a Schedule I controlled substance.

At a recent hearing on the motion to enjoin the prosecution, the Court refused to dismiss the motion outright. “We are currently awaiting a ruling of the Court where it is expected we will be granted a hearing to establish full compliance and seek protection under Section 8 of the Michigan Medical Marijuana Act,” concluded Steingold. “If the court finds my client is entitled to Section 8 protection, the court will then decide whether to enjoin the prosecution.”

About The Steingold & Dwyer Law Group
Attorneys at The Steingold & Dwyer Law Group specialize in criminal defense, including murder and other homicide cases, drug crimes, white collar crimes and conspiracy. David Steingold and Lisa Dwyer also have expertise in a number of sub-categories of criminal defense. For more information, please call (313) 962-0000, or visit http://www.steingolddwyerlaw.com. The law office is located at 400 Monroe St., Suite 280,
Detroit, MI 48226.

FraudScope Joins Movement to Shine a Spotlight on Fraud

November 19, 2019 myadminsite Law Comments Off on FraudScope Joins Movement to Shine a Spotlight on Fraud

Attorney Richard Dayton This altruistic organization provides shoes to people who need them the most, and you can help. Drop by and drop off a new pair of shoes to help a person in need. […]

Cloudficient™ Announces Pay as You Go Pricing for Email Archive…