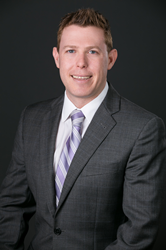 Dennis is very diligent and thorough. He has great attention to detail, which is often crucial. Throughout his representation, I felt confident and secure. He won my case! I would highly recommend him.

“Reversals are hard to obtain -- even one is a cause for celebration,” said attorney Dennis Temko, who was recognized by Super Lawyers Magazine as a rising star in 2017, 2018 and 2019.

One of Mr. Temko’s reversals, David L. v. Superior Court of San Diego, was significant for its familial connection. Sixteen years earlier, Mr. Temko’s father and mentor, Stephen Temko, obtained a reversal in Muckle v. Superior Court of San Diego. That case involved a wife who filed a marriage dissolution action against her husband. The husband then brought a motion to quash for lack of personal jurisdiction. The San Diego Superior Court denied the husband’s motion. The husband then filed a writ petition for relief. The Court of Appeal held the San Diego Superior Court lacked personal jurisdiction over the husband, who was a Georgia resident, and reversed.

Dennis Temko’s 2018 reversal in David L. v. Superior Court of San Diego County echoed his father’s case (Case No. D073996). In David L. a mother initiated a paternity and child support action against a non-resident, David L., naming him as the child’s father. Just as occurred in Muckle, David L. filed a motion to quash service for lack of jurisdiction, which the Superior Court denied. David L. then filed a writ petition to seek relief from the Court of Appeal. The petition Mr. Temko wrote, citing within it his father’s earlier Muckle case, led the Court of Appeal to reverse the Superior Court’s exercise of jurisdiction. With that, the torch has passed from father to son.

Concluded client Elena S., “Dennis is very diligent and thorough. He has great attention to detail, which is often crucial. Throughout his representation, I felt confident and secure. He won my case! I would highly recommend him.”

May 3, 2019 myadminsite Law Comments Off on Litigation Services Announces Its Acquisition Of Rene Stone &…

LAS VEGAS (PRWEB) May 03, 2019 Rene’ Stone & Associates is an independently-owned court reporting firm and has been serving the Inland Empire since November 1, 1995. Rene’ has over 40 years’ experience in the […]

June 17, 2018 myadminsite Law Comments Off on Author’s Book Series Ripped from the Headlines

The Zachary Blake Betrayal Series No author’s decision is as important than choosing subject matter. WEST BLOOMFIELD, Mich. (PRWEB) June 16, 2018 Fact or fiction? It’s an important question. What kind of story does the […]